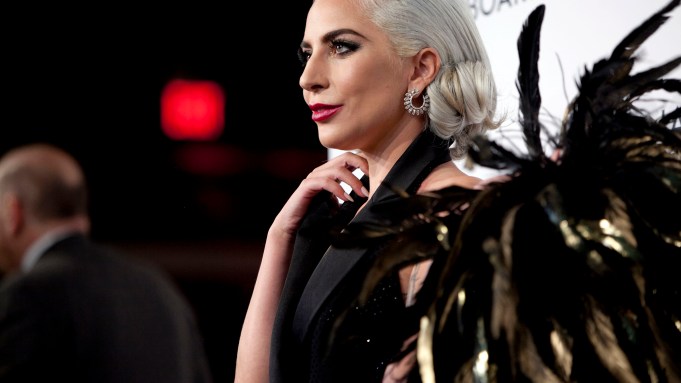 On Tuesday night, while President Trump made his televised address from the Oval Office, actors, directors and other artists from the film industry gathered at Cipriani 42nd Street in New York to celebrate their work at the National Board of Review’s arts gala.

One winner relished the 230-mile distance between himself and the president: Barry Jenkins, who received the best adapted screenplay award for “If Beale Street Could Talk.” (He ended his acceptance speech by saying, “No walls, no borders, f–k him.”) Prior to the show, Jenkins walked the red carpet and discussed the next film he’d like to make — a sci-fi movie.

“You look at a film like ‘Blade Runner’ or a film like ‘Terminator’ and you see a projection of many of the problems we’ve inherited,” he said. “Right now, everybody’s trying to figure out, ‘How do I say something about the world that can show people or illustrate the ways in which we need to wake up?’

“If you had told me four years ago that the president would be the president, I would say ‘No, that’s only in a sci-fi film,’” he added.

Regina King, named best supporting actress, and Sam Elliott, the best supporting actor, also posed for pictures on the carpet, along with “Eighth Grade” director Bo Burnham and actress Elsie Fisher. Viggo Mortensen talked to television reporters and then — what was that? Screams and yelling from the photographer’s pit suggested the woman of the evening had arrived. And there she was: Lady Gaga, wearing a black Ralph Lauren tuxedo dress and holding a feathered accessory. With traces of periwinkle blue left in her silvery white hair, she brought the drama, flipping her feathers around while she turned in circles for the cameras.

Given its proximity in scheduling to the Golden Globes, audiences might be tempted to compare the National Board of Review’s ceremony to that awards show. But the two are barely alike. The recipients of the NBR awards already know they’ve won ahead of time. There are no TV cameras hovering over the stars, no music ushering speakers offstage midsentence. There is, however, one similarity, and that is alcohol.

It was perhaps for those reasons that the actors felt emboldened to let loose and make jokes on stage at the NBR awards. When Burnham won for best directorial debut, he congratulated Cooper for winning best director — because if Cooper hadn’t won that award, he might have taken the accolade away from Burnham. “Bradley,” Burnham joked. “Where are you!” He then put on his best Jackson Maine voice and said, “I just wanted to get another look at you.”

Mortensen greeted friends and fellow cast members from “Green Book” — including the real-life son of his character Tony Lip, Frank Vallelonga Jr., whom he embraced. The actor revealed he didn’t see Mahershala Ali’s face during the first couple weeks of filming. Mortensen was in the front seat driving, and Ali was riding in the backseat with a camera obstructing his visage.

“If you’re listening, the way someone else approaches their role always changes what you do,” Mortensen explained. “That’s why I work really hard before we start shooting to explore everything I can, so that whatever happens on set, whatever somebody throws at me, I’m gonna be able to react as the character. [Ali] was very precise. One thing I learned about him was that he was as detail oriented as I am. It probably drives people crazy sometimes, but not him. He might even be more finicky about certain things.”

There was much talk of diversity, representation and gender inclusion at the awards show. King addressed her Golden Globes acceptance speech, in which she challenged people working in the entertainment industry to take on projects staffed by at least 50 percent women.

“I’m going to give the women a shot who need that first time,” she said. “We all had a first, right? I recognize that I’m in a position to do that, and what I realize now, two days after saying that out loud, is how many other people want to make sure that happens.”

When Chan, Lum, Wu and Yeoh received their awards, they touched on the importance of Asian representation in films and television, and what it meant to star in a film that held the first all-Asian cast since 1993.

But two attendees whose speeches focused mainly on each other were the well-oiled media machine that is Lady Gaga and Bradley Cooper. During the red carpet, when asked if there was anything he’d wished he’d done differently for “A Star Is Born,” Cooper said flatly, “Nothing.”

Lady Gaga, meanwhile, said to red-carpet reporters, ”I’ll tell every single person of every sexual orientation, if you believe in yourself and work hard, you can do anything.” In a real “99 people in a room” moment, this also happened to be the closing statement of her acceptance speech.

On stage, she mused on the parallels between herself and her character, Ally Maine.

“Although she was a strong woman, she would feel the pressures to succumb to what others saw her future as,” she said. “Whereas, in my career, I have over and over again tried to subvert the influence of powerful men and create something unexpected, all on my own, every time.

“If they told me to go left, I would take a sharp, sharp right.”

Fashion With a Mix of Messages for Golden Globes 2019