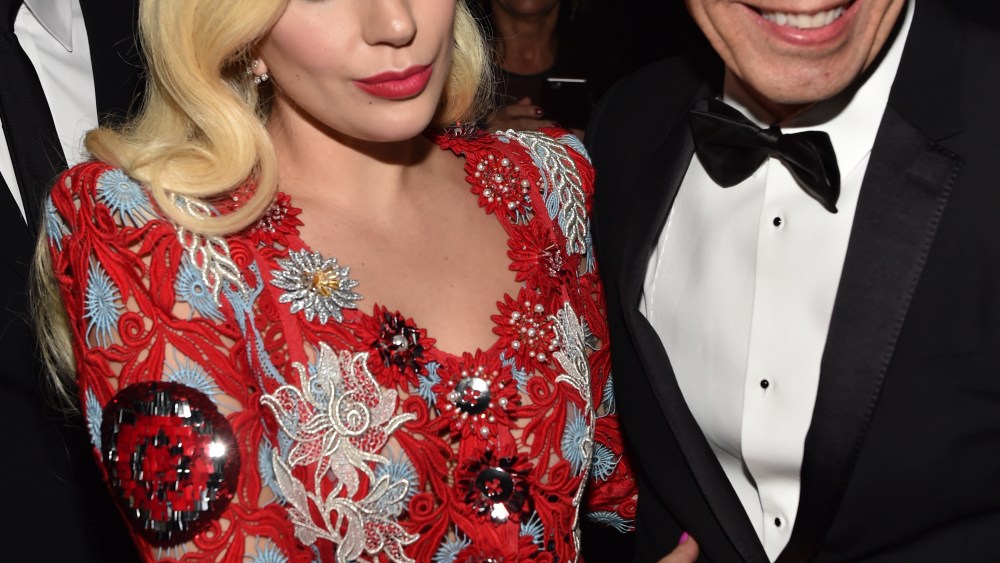 Well, briefly speechless. Gathering herself, she managed to launch into quite the voluble expository, clocking in at nearly 12 minutes. “While art can make you foolish and wild, it also has always been a warm blanket for me to rely on — something I knew would always be there for me. So I’m here today to say thank you so much to all of you for honoring me with this, because I don’t think there is a single award that is more meaningful to me than this one.” The soliloquy ranged from tearful to absurd to touching. “I think it’s very fitting today that it is a curator that’s giving me this honor tonight,” she said, referring to Klaus Biesenbach, director of MoMA PS1 and chief curator at large at MoMA, who had just introduced her as “the most recognizable artist in the world.” “That word ‘cure,’ and the word ‘curator,'” Gaga continued, “That is the best way that I could define what art has done for me.”

Though she was without fiancé Taylor Kinney (she had accompanied him to the “Rock the Kasbah” premiere earlier that evening before scooting over to Cipriani’s), her parents were in the audience. “Thank you to my family, for my education, you sacrificed so much so that my sister and I could go to a good school. And tonight I get to be honored in front of a really esteemed group of intellectuals [that] I’ve always wanted to know and create with,” she said, addressing the room, dotted with luminaries — Jeff Koons, Tony Bennett, Sophia Loren, Herbie Hancock, Chuck Close and China Chow. “So thank you for giving me that. And thank you also for giving me religion so that I could rebel.”

Despite receiving the Young Artist Award, the 29-year-old, glowing in spring 2016 Marc Jacobs, still played demure. “I suppose I didn’t ever know what I wanted to become, but I always wanted to be extremely brave and I wanted to be a constant reminder to the universe of what passion looks like, what it sounds like, what it feels like.” Apropos to Sally Field’s “You really like me!” speech, she added, “What I always wanted more than anything was to be taken seriously as a musician in the pop cultural field, as well as a fine artist at the same time. And tonight’s the closest I might ever come to that, if ever at all, because it’s nearly impossible.”

The singer’s emotional paralysis came as a bit unexpected, considering the other honors she’s accumulated over the years — after all, she’s won six Grammys. Still, the singer maintained, “I’d rather be here any night of the week than anywhere else in Hollywood,” she said. “I’m so sorry, I talked for so long, it’s just this is the best thing that’s ever happened to me.”