Sienna Miller joins guests for the brand's dinner at its Champs-Elysées flagship. 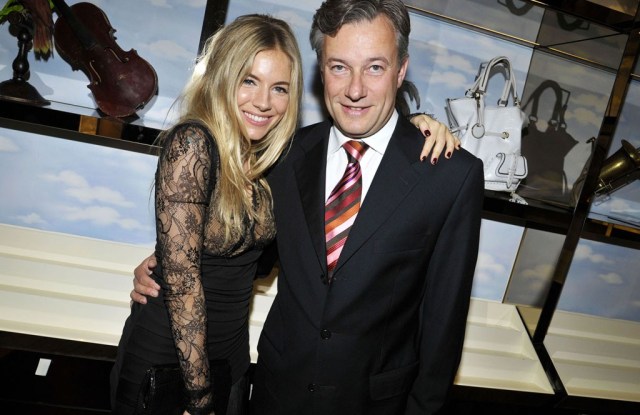 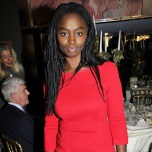 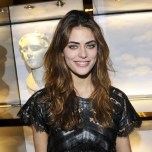 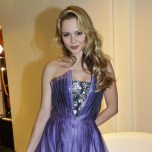 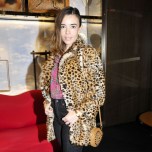 ANNIVERSARY BASH: Fêting ‘135 Years of French Lightness,’ Lancel was in the mood to party on Thursday night, transforming its freshly revamped Champs-Elysées flagship into a makeshift restaurant — with a little help from Caviar Kaspia.

Guests including Sienna Miller, who wore a striking black lace Pucci dress, Mélanie Thierry, Jingchu Zhang, Élodie Bouchez, Virginie Ledoyen, Aïssa Maïga and Beatrice Rosen feasted on jars of caviar set in blocks of ice, washed down with Vodka. During the dinner French singer Izia pulled off a raucous performance, at one point clambering onto one of the tables and taking a swig of Champagne from someone’s glass as she belted out a song.

The event’s décor was pretty wild, too, with two giant stuffed bears flanking the store’s entrance, clutching double basses, and a menagerie of smaller stuffed animals co-mingling with Lancel bags on the store’s shelves. Miller said she was in town to see director Rachid Bouchareb, with whom she is filming the road movie, “Just Like a Woman,” about a Chicago housewife who runs off to Las Vegas to compete in a belly dancing competition. Asked if she had turned down many Thanksgiving invitations, the actress quipped: “No, my father lives in America, but that would be a bit far to go for dinner.”

Alyson Le Borges, the stunning granddaughter of Alain Delon, said she had recently moved to Los Angeles where she was enjoying the surf and sun. She’s not much good at celebrity spotting, though. “I’m really bad like that, I’m so unobservant. I did see Prince in a nightclub, though. He’s so tiny, he has the body of a 12-year-old, but so much charisma,” she purred. Le Borges is working on an independent movie, “Skin Territory,” directed by Jean Louis Daniel.

Manning the decks for the night, meanwhile, Mark Ronson, who sported a loud vintage Jean-Charles de Castelbajac jacket, said he’s finished producing a new album for Rufus Wainwright and is putting the finishing touches on a song with Katy B for the 2012 London Olympic Games, due out in April. “For the last four months of my life, I’ve been traveling around the world recording all the sounds of all these different Olympic athletes [competing at their sports] which are being used to make the track,” he said, looking a little weary.