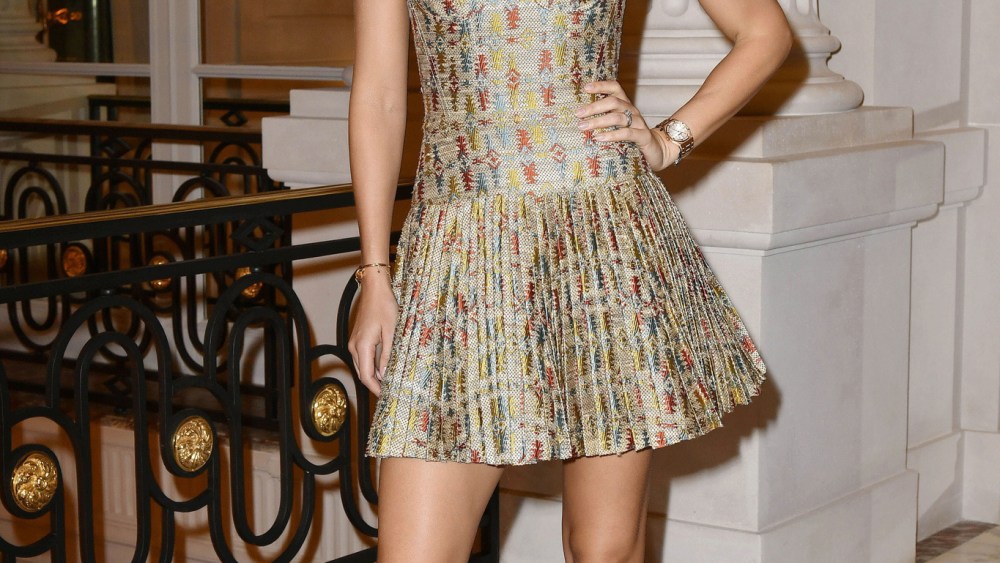 While working on the capsule color cosmetics line, Le-Tan mined the beauty brand’s archives and remembered a cherub on packaging that she had probably seen in her grandmother’s bathroom.

“To me, that’s what represented Lancôme,” she explained, adding that she then made a photocopy of it and drew on some glasses and bows to make the cherub more feminine and sexy.

“I really liked choosing the colors,” continued Le-Tan, who found one old Lancôme hue called “Olympia” for the range.

Le-Tan was enamored, as well, of the old lipstick packaging she came upon. “You couldn’t replicate them today — they were insane,” she said.

Also present at the party was jewelry designer Sabine Getty, whose collection is soon going to launch in Nordstrom in 10 cities. She is working on developing another project in time for Paris’ next couture season, in late January.

“I would like to have a party. I’m speaking with a friend of mine — who also is a jeweler — about organizing a fete,” she said. “It’s really a celebration for no reason other than to celebrate jewelry, couture…opulence, everything that makes one dream.”

Vincent Darré, meanwhile, was gearing up for the grand opening on Saturday of his new apartment showroom, located at 13 Rue Royale. The designer has installed his new collection, Renaissance, mixed with vintage furniture; contemporary artworks, and customized pieces by a number of designers, including Eric Schmitt, Mathias Kiss and Mattia Bonetti. “I made it like my own house,” he said.

Other guests at the sit-down dinner in a lavish room with a view of the Eiffel Tower sparkling in the distance included Elie Top, Arizona Muse, Joséphine de la Baume, Élodie Bouchez, Ellen von Unwerth and Leila Yavari.