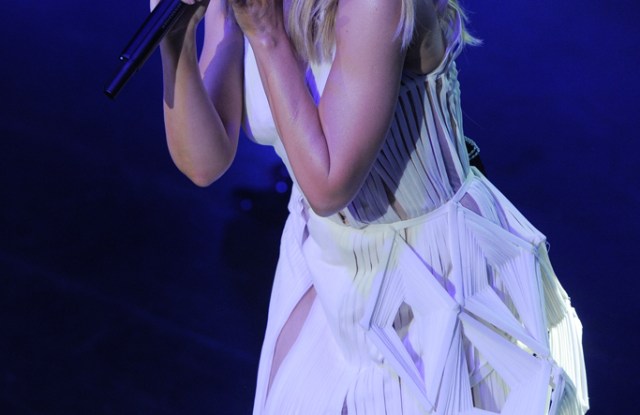 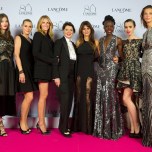 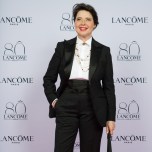 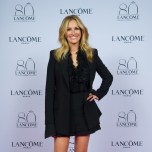 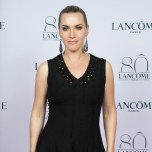 PARIS — Talk about a photo op.

Past and present ambassadors of Lancôme, including Isabella Rossellini, Julia Roberts, Kate Winslet, Penélope Cruz, Lupita Nyong’o, Lily Collins, Daria Werbowy and Alma Jodorowsky — gathered together for the first time as the L’Oréal-owned brand marked its 80th anniversary with a blowout party in Paris on Tuesday night.

Rossellini took center stage to share her recollections of working on Lancôme’s Trésor fragrance advertising, as its theme song played.

“When I first heard it, it was a long time ago, but it seems like yesterday,” said the actress. “I will never stop loving it.”

Ditto Rossellini’s daughter Elettra Wiedemann, who also has worked as a face of the brand.

“I grew up on sets with my mom, so I always remember being [there] with Steven [Meisel] or with Peter [Lindberg] — but I was, like, not even tall enough to see over the makeup counter,” she said. “But I always remember while my mom was working that the Lancôme family would take care of me and do my makeup to entertain me while my mom was shooting. So I grew up really feeling like this was extended family.”

Rossellini welcomed the brand’s ambassadors to the stage and as she wished Lancôme a happy birthday, pink and silver stars showered from the theater’s ceiling.

Attendees sipped drinks and mingled before Kylie Minogue took to the stage, entertaining the hundreds who had flooded into the Casino de Paris with a handful of her own tunes plus the requisite “Happy Birthday to You.”

“We wanted it to be a big party, celebrating all that Lancôme stands for — generosity, French joie de vivre, happiness and also effortless French chic,” explained Françoise Lehmann, general manager of Lancôme International. The executive added she desired that the party be a tribute to “all the people who make Lancôme today but also those that made Lancôme in the past.”