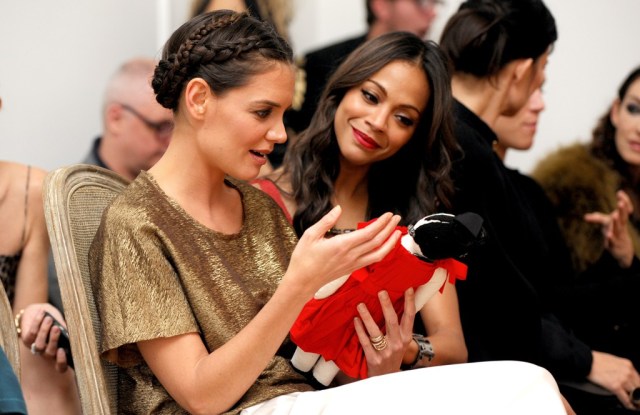 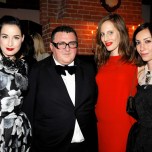 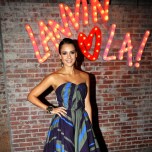 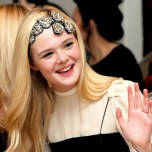 Los Angeles has been the stop for many designers on road shows of late, but the most buzzed-about invite was a hand-written one for a rendezvous with Alber Elbaz. The Lanvin designer touched down in Southern California on Friday to present his spring 2012 collection at Carondelet House.

“Geoffrey Beene told me that fashion is not show business, it’s just business,” the designer said. “These days there are too many reality shows, and I watch many of them, but I am trying to bring back real drama to fashion.”

He needn’t have worried. As he was about to start his presentation, he paused, saying, “We’re just waiting for one more guest, whose name I won’t mention. But I guess we will just have to start without her.” As if on cue, Kate Hudson walked in clutching fiancé Matthew Bellamy’s hand and ducking her head below the spotlight.

“Oh my god. I’m so sorry, I was breast-feeding,” she offered.

“But once he starts eating solids it’s all over,” Hudson said.

Elbaz went on to characterize L.A. as “a city full of divas, but I think they are just sensitive men and women. My clothes are for making women feel strong and beautiful.” With that, a burgundy floral carpet was unfurled in the historic home’s small drawing room and 22 models from the Paris show strutted their stuff for two front rows that included Andrea Lieberman, Arianne Philips, Pamela Skaist-Levy, Demi Moore, Jacqui Getty, Lisa Eisner, Elle Fanning, Gia Coppola, Dita Von Teese, Liz Goldwyn, Jessica Alba on one side and Eva Chow, Katie Holmes, Zoe Saldana, Jeffrey Deitch, Kelly Wearstler, Hudson and Zoe on the other.

Afterward, a solo Moore clutched Elbaz’s arm, saying, “I’m happy to be your date tonight,” as they walked into the dinner. The designer chatted with everyone, including Alba, who told him about her “sweet” daughters and how much they would enjoy the fashion show favor: a Lanvin Petite label doll handmade by African craftswomen (the proceeds of which help give them economic independence).

“My clothes are for mothers and daughters, I love all women,” he said. To wit, the entire 14-person Lanvin team was also seated, along with the models, including Elsa Sylvan, Britt Maren, Hanne Gaby and Siri Tollerod, who were among the first to pull down the black bowler hats hung from the ceiling as props and wear them throughout the candle-lit dinner.