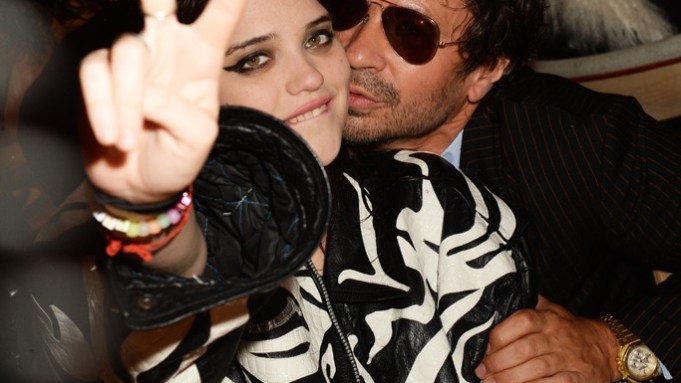 The last person you’d expect to see at a New York Fashion Week party is the drummer from Metallica. But there he was Thursday night, at The Standard, East Village, Lars Ulrich himself, the Danish king of heavy metal.

Ulrich has made a name for himself outside of music — he’s a savvy art collector, for instance; a Basquiat he owned sold for $12 million a few years ago. But fashion is new to him.

It turns out he’s been dating, and is engaged to marry, one of its freshest faces, the model Jessica Miller.
“She’s traveled all over the world with me for the last three years,” he said. “So I’ll follow her around fashion week for a few days. That’s what we do for each other.”

This time, he followed her to Narcissa, to a party hosted by Purple magazine. He was not the only musician there — Sky Ferreira and Casey Spooner were there, too, as were more familiar faces like Harry and Peter Brant II, Inez van Lamsweerde and Vinoodh Matadin, Max Snow and Francesco Clemente.

How does fashion compare with the music world?

“It’s all a bunch of people staring, trying to see who else is in the room while you’re talking to them,” he said. “It’s no different than rock ’n’ roll.” Sounds about right.