Dior hosted the annual Guggenheim pre-party (that's right — a second party happens Thursday night) with a performance by Banks for the likes of Marion Cotillard and Future. 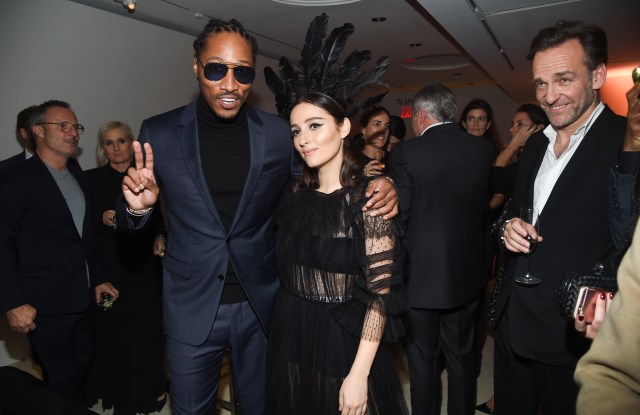 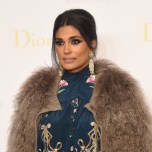 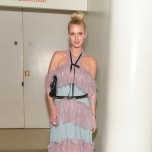 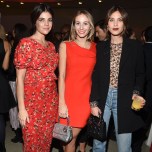 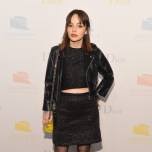 “You can tell I haven’t lived in New York very long because I’m walking around like, who the f–k are these people?” offered a recent transplant to a friendly face, Wednesday evening at the Guggenheim. The famed rotunda of the museum was filled, apparently widely so, for the annual Dior-helmed pre-party benefiting the museum’s foundation.

As Dior settles in with new artistic director Maria Grazia Chiuri, its party efforts have ramped up feverishly this fall, with its beauty Art of Color party, the sponsorship of the New York Boys Club fall dance,and now the annual two-night Guggenheim benefit. The black tie dinner on Thursday is traditionally preceded by Wednesday’s more youth friendly (read: cheaper entry) pre-party, which this year drew a press-shy Marion Cotillard; “The Get Down” star Shameik Moore, who was not afraid to wander the rotunda alone, and Future, making a late drop-in.

Models lined up to pose for a photo booth, one of event planners’ most ubiquitous tricks as of late (think of the ‘grams!). The evening’s musical guest, Banks, posed with Chiuri’s daughter, Rachele Regini, herself blending in with the model-heavy crowd.

Dior darling Laura Harrier, last seen in the brand at the Art of Color dinner, was again dressed by the house, which she politely said reflected her own feminine style. She makes her big break next spring in the latest Spider-Man iteration, “Spider-Man: Homecoming.” “People are getting so excited, the enthusiasm is great,” she said of the swelling fans.

Another new face to this season’s circuit, “Billy Lynn’s Long Halftime Walk” actress Makenzie Leigh, was fresh from a night downtown at the Whitney Art Party. “I was in the back dancing because no one was dancing in their seats,” she said of the Whitney’s Fischerspooner performance. “So I just went to the back wall — he didn’t even dance with me!” she said, motioning to her suddenly guilty-looking boyfriend.

Leigh also was cloaked in Dior for the evening, and attended at invitation of the house, but at least seemed aware of the brand’s recent creative turnover. “I’m so excited about this tenure — it seems like a very different Dior lady now,” she said of Chiuri’s appointment. “It’s a more feminine thing, and just more my personal style.”

At 10:30, a feather headdress-wearing Banks took to the center of the rotunda, flanked by two dancers clad in tube sock-like garments, a presentation that one guest deemed “very Coachella 2012.” As the musician writhed about to songs like “F–k With Myself” and “Gemini Feel,” a particularly bewitched hanger-on lodged a “yas kween!” emphatically in her direction.

“Only for my holiday have I come here,” Chiuri said of the museum she now roamed as guest of honor. “The space is beautiful in any case. I think it’s an incredible museum. It’s a symbol of New York, it’s an iconic place where I really like to come normally.”

Speaking of Banks and the Guggenheim’s current exhibited artist, Agnes Martin, Dior’s first female creative director boosted one of her own: “I’m very happy because I think she’s a young, cool and very good singer. At the same time, the exhibition is unbelievable, because [Martin] is an incredible woman artist. I think it’s good to promote women who have such huge talent.”