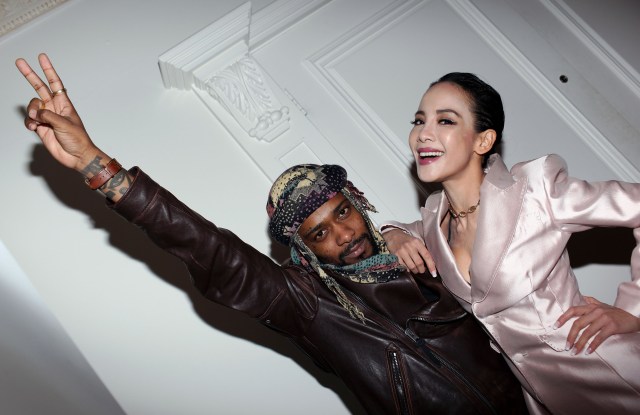 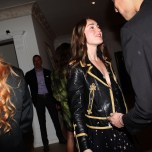 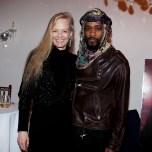 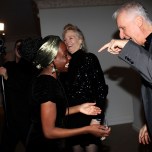 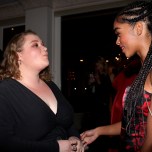 “Ten years ago we had a really hard time just finding fabric,” said Suzy Amis Cameron from the closed-off kitchen area of the private home in Beverly Hills where she was the hostess Thursday night.

A lot has changed in the past decade for Cameron, the former model/actress and wife of James Cameron, who was hosting the 10th anniversary of her Annual Red Carpet Green Dress pre-Oscars party at the home of a friend.

“Today we’ve worked with Vivienne Westwood, we’ve worked with Armani. So it’s starting to come into consciousness,” Cameron continued (the designer partner this year will be revealed on the red carpet come Sunday). “That was my goal, way back when. I want these household names to be creating sustainable clothing.”

Harrier and MacDonald will be wearing sustainable looks to Sunday’s Oscars.

“I’ve been doing this whole awards season with ‘BlacKkKlansman,’ and this seemed like a good way to top it off; it’s the biggest carpet in the world, and I wanted to show that you can do something chic and beautiful and eco-friendly,” Harrier said.

The actress added that so far, she’s been cool and calm leading up to the big night. “I don’t know, I’ll work out and eat kind of healthy — nothing crazy,” she said of her weekend lead-up plans. “I haven’t been too stressed — but ask me in a couple days. At the moment I’m just excited to try my dress on for the first time.”

MacDonald will be attending the Oscars in support of her live action short film “Skin.”

“I always had just a few things in my closet, I wear the same things over and over again until it was just ripped and torn. And then you get into this industry and you go to events and you’re wearing a different dress every carpet, and you’re on a different carpet and you’re like, ‘what happens to it?’” MacDonald said. “It’s crazy that you only wear things once.”

Georgia May Jagger’s Best Ever Concert? Her Dad’s, Of Course