This Year at the Met Gala, Laura Kim Is Getting Her Michael Bloomberg Selfie

By Leigh Nordstrom on May 3, 2018
View Slideshow 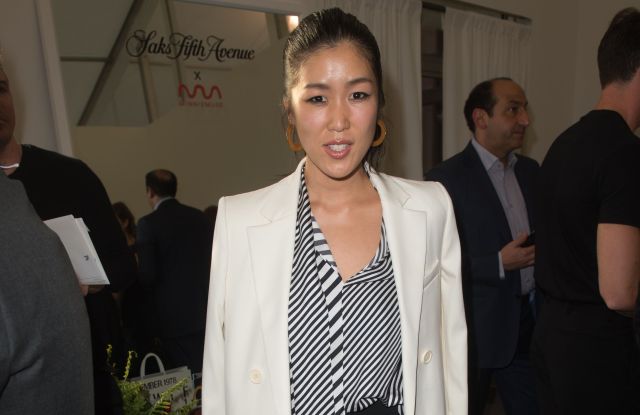 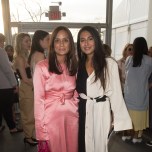 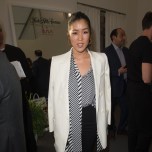 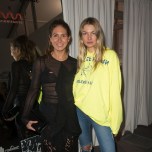 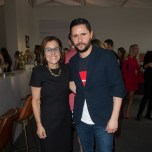 Laura Kim’s sentiments regarding Monday’s festivities are likely ones shared by many a designer, as fashion’s biggest night looms just a few days away. The Oscar de la Renta and Monse designer had carved out a break Wednesday evening for a trip over to Randall’s Island, where Saks Fifth Avenue partnered with Colby Mugrabi of Minnie Muse to throw a party in honor of Frieze New York’s opening night with guests including Mary-Kate Olsen, Jessica Hart and Carly Cushnie.

Kim described the evening as the “dream break” before the weekend of Met Gala work. Between both brands, she and Fernando Garcia will be dressing three women, giving them quite the full schedule day-of.

“Monday, unfortunately, I’m a girl — so I have to get hair and makeup done. I actually have a doctor’s appointment in the morning and he’s going to let me know if I can wear heels or not, because I cracked my kneecap,” she said. “Then we have a hotel room at the Carlyle. And I can’t dress the girls in my gown so I’m in my sweatpants, running around. Then I’m going to get dressed. I’ll have my whole team parked there.”

The highlight of the night for her, she said, is simply getting to be with industry friends, That, “and celebrating it’s over.”

The Oscar team has sat with Michael Bloomberg the past two years, though Kim has been too shy to ask for a selfie with the business titan and former New York mayor. “This year I’m going to get a selfie with him,” she said. “The last couple of years I was too shy but now I’m, like, you know what?”

Before the madness properly sets in, Kim sneaked away from the office with a colleague to take in some art.

“I’ve never been here, so for me it’s really exciting,” she said. “I brought my coworker and he loves art so he’s walking me through and explaining to me who’s who and what galleries to look at. My research was on Instagram. It’s such quick learning!”

As for her own collection? “I actually haven’t bought anything so it’s really just beginning for me. I love paintings — and recently I’m in love with Richard Serra,” she said.

After hellos, most guests wandered out through the fair, taking advantage of the relatively deserted stalls that will be packed wall-to-wall with visitors come this weekend. The fair closed soon after, at 7 p.m., leading most to return to the Saks deck, where they were welcomed in to sip Champagne for another leisurely hour.

“What we’re trying to do constantly is find a connection to the consumer outside of just selling them something, and art is obviously so important — first, through our core constituency, and also really, it’s talking to his whole new generation that’s coming on,” said Marc Metrick, president of Saks Fifth Avenue. “It’s got to be cool and relevant and we find partnering with something like this, in New York City, kind of puts it all together.”

Tour de France: A Visitor’s Guide to the Cruise Season