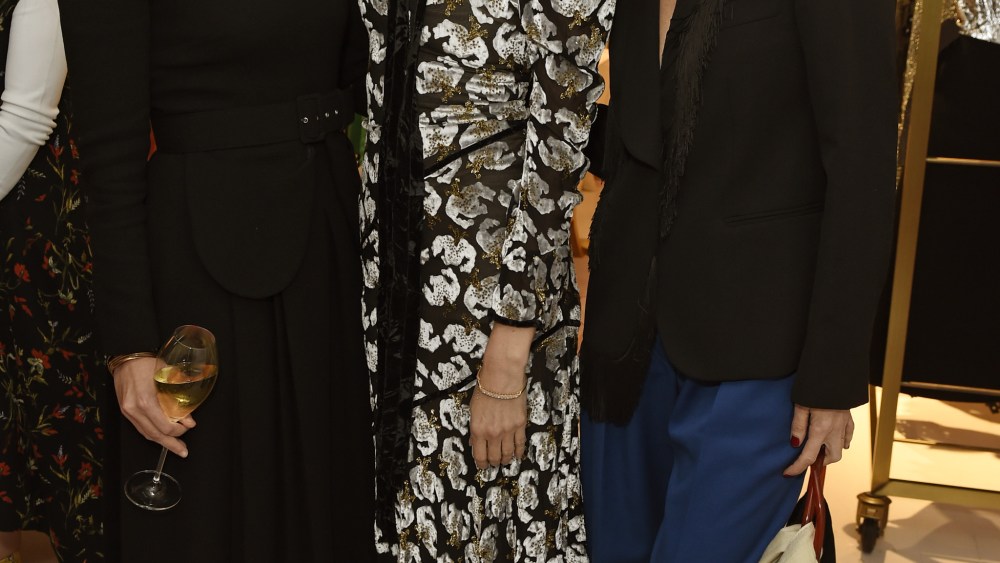 LONDON – Lauren Santo Domingo, Derek Blasberg and Natalie Massenet came together on Sunday night for a cocktail at Santo Domingo’s Moda Operandi HQ in honor of the 2016 Fashion Award nominees.

“I love London. My husband teases me because we opened this (showroom) before we opened New York. He says I just wanted an excuse to visit London once a month. I always stay at the Connaught and that’s one of the reasons I love it so much,” said Santo Domingo. “There’s always so much talent coming out of London.”

Santo Domingo, in a midi-length Erdem dress, said that in a year when Britain had opted out of the European Union and Donald Trump had been elected as U.S. President, she was optimistic about the future. “We’re up 60 percent on average month after month for the last 42 months and I am not worried about the Brexit effect on prices. I think smaller brands have the agility to adjust quickly to change. It will be the bigger companies that will struggle with the incremental changes,” she said.

“Listen, I’m a Democrat. I think what’s happening in our country is terrible,” said the entrepreneur, who is a staunch Democrat and hosted a fundraising dinner at her Paris home during the shows in September in support of the Clinton campaign. “Politically, I am very unhappy but I think, financially, it’s going to be great; it’s going to be a boom.”

British designers in attendance were circumspect with their post-referendum forecasts. “We’re not planning any post-Brexit (changes to our pricing),” said Emilia Wickstead. “We’re looking into everything, and we’re absorbing what’s going on but we’re not making any decisions. We’re just sitting pretty at the moment. And we’re going to be doing a pre-fall collection for the first time.”

London-based Chinese designer Huishan Zhang, with a new permed hairdo, was similarly wary of making any changes to his pricing structure. He is, however, suffering from next year’s early Chinese New Year.

“I have to go to China tomorrow to finalize my samples for the February show because Chinese New Year falls at the end of January next year,” said Zhang, who has just put the finishing touches on his pre-fall collection. “It’s going to be like Italy in August, when everything shuts down. Usually it’s after London Fashion Week, so not a problem, but this time it’s extremely early. It happens once every eight years so early like this. It was literally decided 1,000 years ago, so there’s not a lot we can do about it.”

Barbara Casasola was also without plans for the holidays, but optimistic about the future. “I just got back from a very nice vacation in Egypt so I don’t know about Christmas, but I am very excited about what’s happening in the world at the moment because there is so much movement. So I am just looking at everything and trying to digest everything and see what works best for my company. It feels really fresh, like we can really do anything we want again,” she said. “I am working on the show and we have some news coming up that is quite exciting. I haven’t thought about what’s going to happen [when Britain leaves the E.U.], my business partner is probably thinking about it. I have just been thinking about colors and fabric and all sorts of weird ideas.”