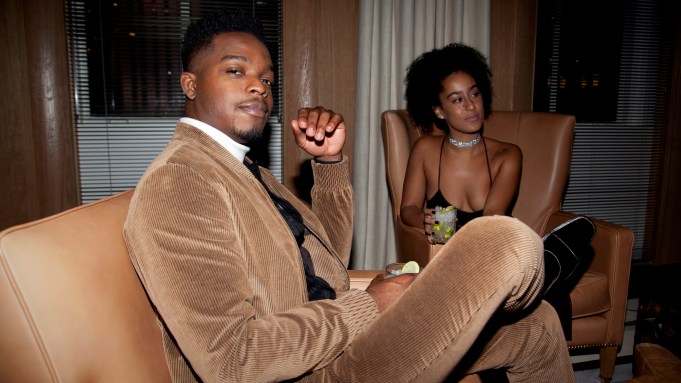 A touch of Paris officially arrived atop Saks Fifth Avenue on Thursday night: The Manhattan department store welcomed an intimate crowd for a celebratory preview of its new restaurant, Parisian import L’Avenue.

“I’ve been going to L’Avenue in Paris since I was in college,” designer Stacey Bendet said of the Avenue Montaigne mainstay that sits catty-corner to Dior’s historic flagship. “It’s been one of those spots for me that represented fashion and glamour. I was so excited to see what they were going to do here.”

She motioned to the Eiffel tower-print skirt she had worn for the night. “I did a whole Paris-themed delivery so I was like ‘Oh, appropriate.’”

“This is my first time seeing it done done done,” Marc Metrick, president of Saks Fifth Avenue, said as he surveyed the sumptuous space, designed by Philippe Starck and decked out in honey and brown tones. “I’ve tried most of the things on the menu in Paris — it’s the same menu. I have a favorite in Paris: I love the sole.”

James has been busy on the awards circuit this season, with a Golden Globe nomination for “Homecoming” and promotion for Oscar nominee “If Beale Street Could Talk.”

“You watch the show so many times from your living room, and then you are in there,” he said about attending the Globes.

He managed to squeeze in a trip to Paris for the men’s collections earlier in January. “I went to the Dunhill show: It was great pieces and great vibes, and it my was first time in Paris,” he said.

A dinner of risotto, sea bass, beef tenderloin and more was served, as guests sat scattered throughout the restaurant at small tables. They’ll will have to return to try the sole, then (though perhaps that was Metrick’s intention).

Sundance 2019: Kara Hayward and Liana Liberato in Black and White