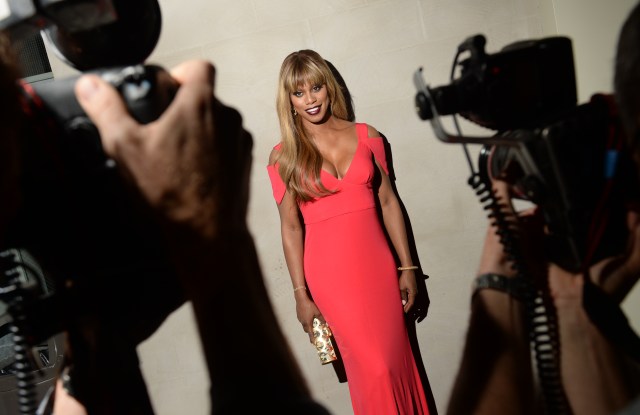 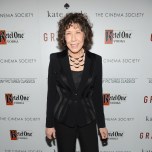 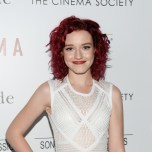 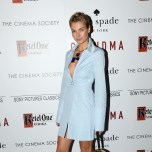 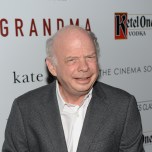 They were all talking about Lily Tomlin. Despite a long career as an actress — star of classics like “Nashville” and “Nine to Five” — and cultural commentator and comic, Tomlin is having something of a moment.

There’s her critically acclaimed Netflix series “Grace and Frankie,” which got her an Emmy nomination for best actress, and then there’s “Grandma,” the indie drama that’s earning Tomlin some of her best reviews.

Tuesday night was supposed to be just a regular screening at Sunshine Cinema in New York of the Weitz-directed film, hosted by The Cinema Society and Kate Spade, but it instead turned into a coronation as the likes of Mischa Barton, Malcolm McDowell, Lola Kirke and Jessica Hart could not stop gushing about Tomlin.

“I feel so blessed,” said Garner, the titular granddaughter in the film, of working with Tomlin. (Nat Wolff, who plays her boyfriend, was absent from the evening.)

“She’s just a dope chick,” said Cox, her costar in the film. “She’s a dope ass chick in her seventies who deserves an Oscar and I’m just going to keep saying that to the universe.”

The outpouring of earnest praise was an odd stance to take in relation to a woman who’s been largely defined by her satirical humor for decades. When it was her turn to talk up the movie, Tomlin characteristically shrugged off all the accolades. So what if it’s her first film lead role in 27 years?

“That’s what they’re saying but I’ve had other roles,” she said, somewhat exasperated.

And what if there’s now talk of an Oscar, like Cox suggested?

“I honestly think of the movie as a vehicle. I don’t make too much fuss about all that stuff,” she said, her eye roll all but unspoken.