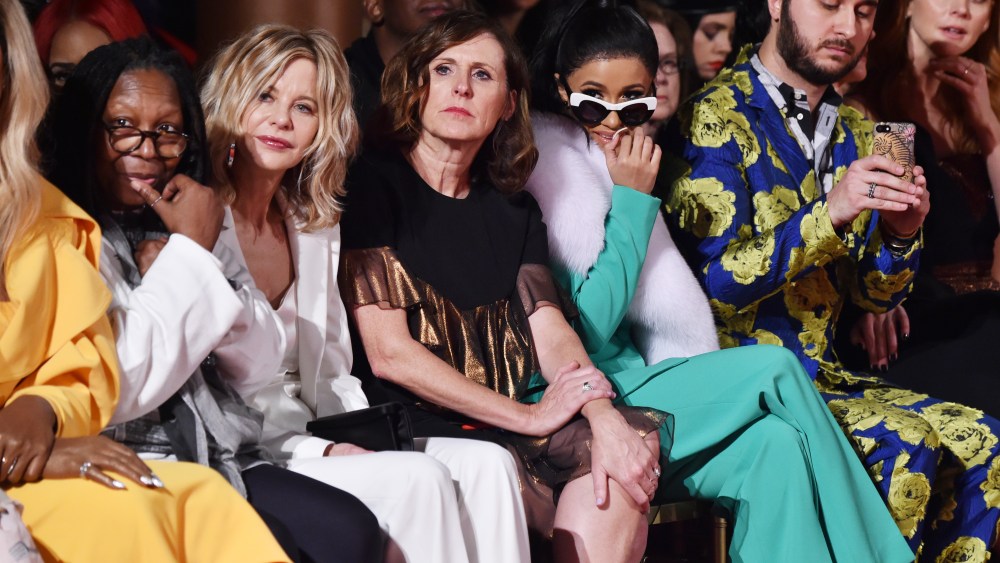 Christian Siriano was in good company Saturday afternoon as he celebrated the 10th anniversary of his label with family and friends, who filled the opulently appointed Freemasons Grand Lodge in New York for the unveiling of his fall 2018 collection.

“In this industry, 10 years goes by quickly,” said Coco Rocha. “While everyone is getting rid of shows, the fact that he can produce a show like this is amazing.” The model, a close friend of Siriano’s and his husband musician Brad Walsh, was joined at the show by her two-year-old daughter Ioni Conran, who last month joined her mother on the catwalk of Jean Paul Gaultier’s spring 2018 couture show in Paris. “She loved it,” added Rocha. “Even right now she’s asking if she’s on the runway. I said ‘No, not this time babe.’ She loves the  runway and performing, though.”

While Siriano’s brand has evolved over the past decade, so have the style choices of some of his celebrity fans. Rocha admitted, “Back then I literally didn’t care and I’d wear the same thing everyday, but I still don’t have style.” This opinion prompted a stern objection from actress Larsen Thompson, who revealed she’s recently learned to ignore critics and embrace a bold approach to dressing. “I don’t care what people think, really. I’m not scared to wear socks and sandals on the red carpet.”

Laverne Cox, wearing a canary yellow Siriano frock, watched as Cardi B and her entourage made a grand entrance just ahead of the show, which featured 72 looks in total. The rapper’s appearance caused a stir as she willingly posed for selfies with fans, but once again kept mum with press, as was the case when she sat front row Thursday at Jeremy Scott’s show. Meg Ryan, several seats down from Cardi, was also a silent Siriano supporter.

This was the first opportunity for the actress to attend New York Fashion Week in three years — “if you can believe it” — since a busy work schedule has continually kept her away from the festivities. Beginning at the end of February, Cox will appear as a judge on a new competition show called “Glam Masters,” which showcases beauty bloggers and makeup artists. “Whether you’re into makeup or not, I think you’ll appreciate the artistry,” she added.

Molly Shannon has seen her own style evolve considerably since gaining public exposure on “Saturday Night Live” beginning in the mid-Nineties. “Back then I wore red tights with these cheap dresses from I don’t even know where,” said the “Divorce” actress. “Suddenly I could afford nicer haircuts and I started going to Oscar Blandi. Then my style evolved. [‘SNL’ costume designers] Tom Broecker and Dale Richards would tease me, but I learned so much from them about what looks good on my body. I’m much more into fashion than I used to be.”

Making the rounds this season is Whoopi Goldberg who “doesn’t pay attention” to her personal style. “I just make sure I’m comfortable and let everybody else deal with it,” said “The View” cohost. Goldberg celebrated Siriano’s dedication to casting his show with women of all sizes. Siriano’s models included actress Danielle Brooks along with models Ashley Graham and Candice Huffine.