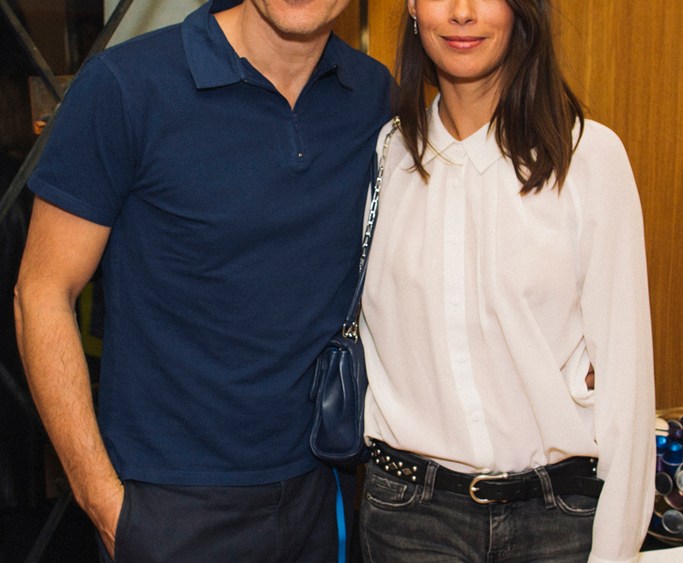 FOOD FOR THOUGHT: Swiftly making its mark in Paris, Hôtel Grand Amour was the scene of a bash on Monday night hosted by trendy food organization Le Fooding. The event was held to celebrate its 2016 food guide and 15th anniversary.

“From January to August I was shooting nonstop. These days it’s all about my family,” said Bejo, who came with Hazanavicius, her husband and director of “The Artist.” She will feature in four films, including “Eternité” by director Tran Anh Hung (of “The Scent of Green Papaya” fame) and a movie by Belgian director Joachim Lafosse, co-starring Cédric Kahn. “The story is about a couple that breaks up. It’s the radiograph of a couple.”

For her part, Maïwenn, a regular of Dersou, the restaurant that won the Fooding’s Best Table award, said she’s currently directing advertising films.

Earlier in the day, Gauthier and three other chefs, including Yannick Alléno, cooked for the 150 heads of state gathered at the COP21 Paris climate summit. “I prepared poultry with wheat risotto. They liked it,” he explained, adding the project was challenging given tight security measures.

Meanwhile, Andelman shared a tip, saying one sixth-floor suite was not to be missed. “A delicious coffee-based cocktail is being served there,” she said.

The creative director and purchasing manager of Colette in Paris praised the Hôtel Grand Amour overall. “It’s terrific – all the antiques that André found for the rooms,” she said, referring to André Saraiva, who created the hotel with Thierry Costes and Emmanuel Delavenne. “Prices are accessible, and rooms are cute. It’s great.”

Akim Mazour, behind the restaurants 404, Andy Wahloo and Derrière in Paris, and Sketch and Momo in London, revealed he’s set to open a new eatery above Andy Wahloo next year.

Saraiva, who hosted an intimate dinner at Hôtel Grand Amour on Friday, looked relaxed despite the fact that the Fooding bash seemed more like a demolition party than a soft opening.