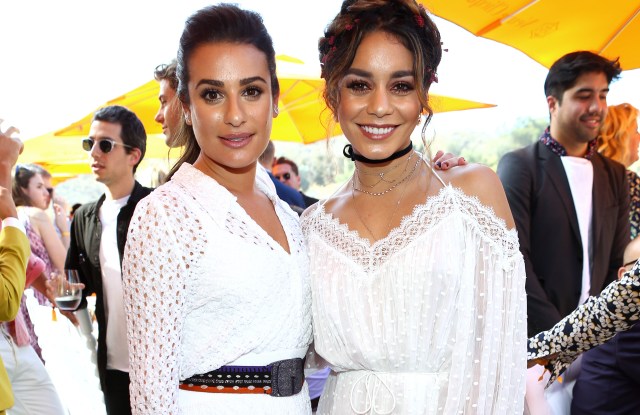 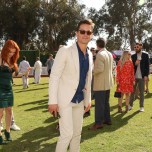 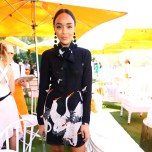 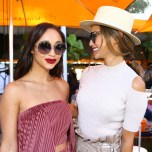 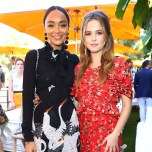 “There are so many gorgeous girls in hats,” a hatless Isla Fisher noted as she surveyed the scene at Veuve Clicquot’s Polo Classic on Saturday afternoon at Will Rogers State Historic Park in Pacific Palisades.

Though most attendees — including Lea Michele, Matt Bomer, Camilla Belle, Mandy Moore, Naomie Harris, Jamie Chung, Lauren Conrad, Aimee Teegarden and Olivia Culpo — put considerable effort into dressing for the daytime event, Fisher waited until the last minute. “I’m not going to lie, I didn’t put a lot of thought into my outfit. My lifestyle is so busy with the family that it’s just about what won’t get ruined before I make it out the door.” The actress has a supporting role in Tom Ford’s “Nocturnal Animals” playing a version of Amy Adams’ character, as well as the just-released “Keeping Up With the Joneses.”

Another mom of two trying to keep up was Kristen Bell, who nixed her stylist and wore her own clothes. “I got ready frantically, as I always do amidst the ankle biters,” she laughed, referencing her two daughters. “I’ve actually had this in the back of my closet forever. It’s a vintage Prada that I found at a resale shop a couple of years ago.”

Pulling from one’s own vintage wardrobe was apparently trending. “I got this dress on eBay many years ago when I was pregnant with my daughter,” said Michelle Monaghan said of her vintage Chanel frock. “It was one of those crazy splurges from when I was laying in bed and had nothing else to do. It kind of feels like a ‘Pretty Woman’ moment, right?”

Zoey Deutch even chose her footwear to facilitate the famous Julia Roberts scene from the movie. “I went with a chunkier heel,” Deutch said. “But I pray you don’t find me falling within the next 10 minutes over there.”

Meanwhile, polo power couple Nacho Figueras and Delfina Blaquier looked picture perfect as they arrived — with Blaquier shimmying her way into the party in a metallic fringe minidress by fellow hostess Rachel Zoe. “I’m going to play like this!” Blaquier joked, before admitting she had a polo uniform ready and waiting for her “to change into like Superman.”

Once inside the tented space, the food was tiny (butternut squash soup shooters and bite-size tartines), but the bubbly was endless. Ever the rowdy Aussie, Fisher said, “I just told my friends that they needed to get their drink on.”