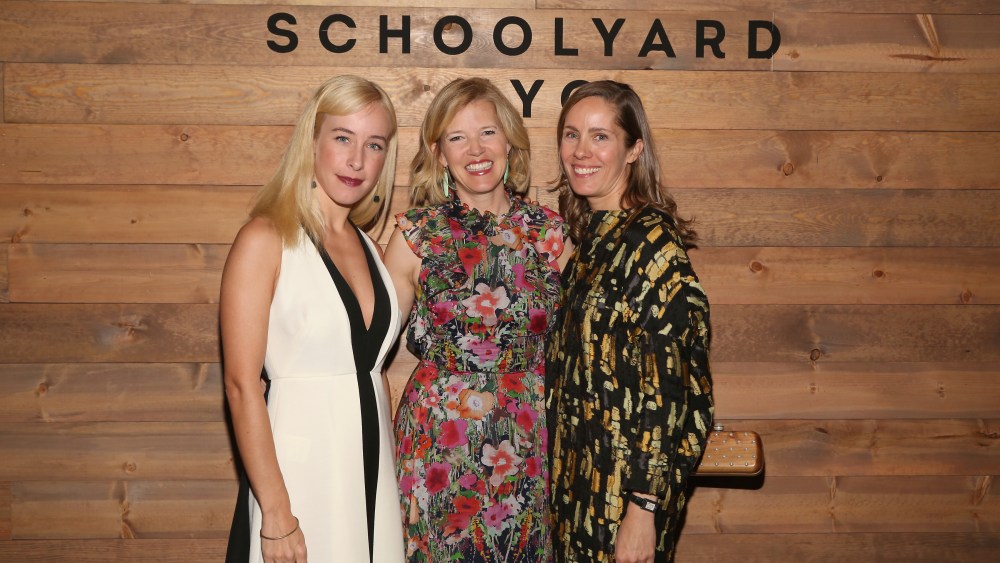 Florals for spring are groundbreaking when celebrating culinary education in public elementary and middle schools. “I was trying to be garden-themed,” Lela Rose said of her flowery floor-length gown on Monday night, when she was co-chairing Edible Schoolyard NYC’s Fifth Annual Spring Benefit. New York’s Edible Schoolyard, which Rose is heavily involved with, funds nutritional education for children in the five boroughs through classes and hands-on gardening.

Metropolitan West, decorated by Bronson Van Wyck, had plants on every dinner table and vines draping the columns and ceiling. The event drew the likes of Lea Carpenter, Waris Ahluwalia, Stefano Tonchi, Jenna Lyons, and a slew of other culinary figures. The space was lined with more than 20 work stations, where chefs including David Chang and Michael Solomonov prepared dinner for their designated tables.

“It’s pretty hard to hate on little kids eating better,” Chang said. “You can hate on a lot of things in this world, I think that’s a hard thing to hate on. Considering how busy everyone is, I’m really just thankful for all of the support.” This was Chang’s fifth year as culinary chair of the event, and he was in charge of recruiting the 20 other teams involved in prepping dinner.

While the auction was administered by Jamie Niven, former chairman of the Americas at Sotheby’s and son of David Niven, the food was the highlight for most of the guests. “Out of all of the events I get to go to, this one is one of my favorites because the food is just amazing,” Lyons said, seated at one of Michael Solomonov’s tables.

The Benefit’s chair, John Lyons, was equally thrilled with his plate, having gone to personally thank his chef, Narcissa’s John Fraser, for the dinner. “First of all, we’re very happy to be in a place with electricity and running water. It’s the first time we haven’t been in a raw space,” Lyons said of the event. The auction, as well, was a success. “We’ve done better than we ever have, which is a great thing when everyone’s struggling to fund-raise. I think people are being very specific about their causes and what’s important to them, so we’re lucky that people are being as supportive as they are.”