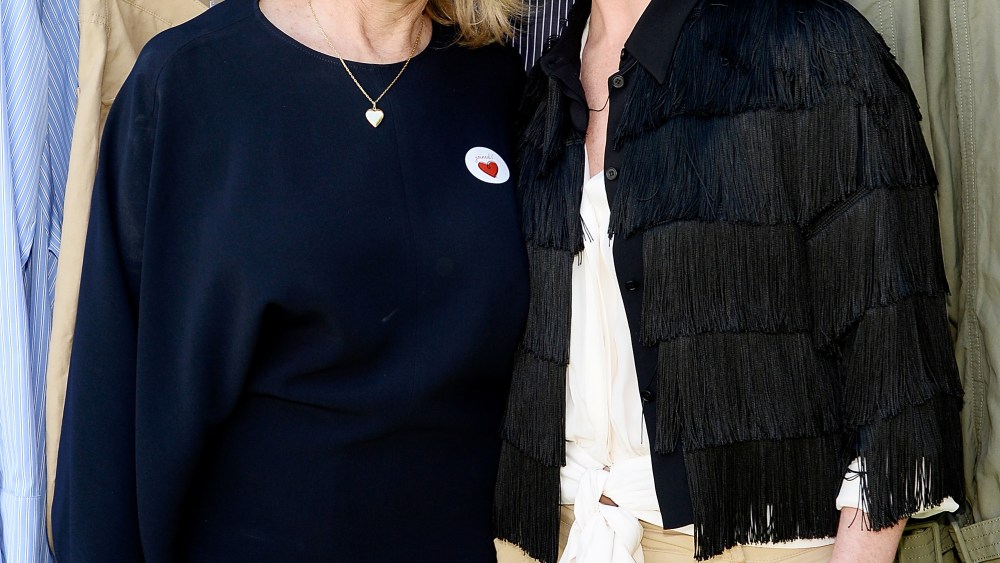 Stella McCartney spent a few days in Los Angeles to mark her annual partnership with the H.E.A.R.T. organization, which provides funds and programs for Los Angeles’ Violence Intervention Program. For six years running, McCartney has supported the annual brunch with a pop-up shop, from which a portion of the proceeds help end abuse-related trauma. Each year, the event, held at the Brentwood estate of interior designer Molly Isaksen Sures, draws hundreds of new and existing members and features a moving speech by V.I.P.’s executive director Dr. Astrid Heger, who this year was introduced by Alison Kay.

“She always makes me cry right before I have to go up here,” said McCartney said of Heger. “I actually love you but right now I really don’t like you. I think one of the first things I wanted to say was how you started your speech apologizing [to your son] for being a terrible mother and I’d like to start by saying I apologize for being the best mother ever,” she said to her two daughters, Bailey and Riley, in the audience. “I know that’s really hard, girls,” she said, drawing laughs from the crowd.

The day before marked the anniversary of her mother Linda’s death, so it seemed a special time for mothers and daughters at the event. McCartney had taken her daughters to see the V.I.P. center in East Los Angeles and told the crowd, “I was a bit scared, I must admit. I said, ‘This isn’t a lesson to make you feel guilty; I’m not taking you there to make you feel like you’ve done something wrong for being born into such a privileged life. What this is really designed to do is to let us know we can do something….we are so blessed and to take that and do something good with it is allowed.’”

H.E.A.R.T. founder, Eve Somer Gerber, closed out the program by saying, “Stella, if you think it’s a s–t job to follow Astrid, let me tell you coming in third is no party.” Gerber founded the organization 23 years ago while pregnant with her first daughter, who was there with her pal Carson Meyer, daughter of Kelly Chapman Meyer and Ron Meyer.

Of course, the tented pop-up shop and Gjusta-catered lunch, all donated, remained pristine and the guests, including Lena Dunham, Leona Lewis, Julie Bowen, Rosanna Arquette, Rebecca Gayheart Dane, Natasha Gregson Wagner, Mareva Marciano, Jenni Kayne, Kelly Sawyer and Anita Ko, were all on their best behavior. Those who shopped got the opportunity to be styled by McCartney herself.

After the umpteenth person asked to take a photo wth her, the designer said, “Maybe I should start saying yes only if they buy something.” She may be onto something. So far, her sales have raised $300,000 for H.E.A.R.T. and V.I.P. “I don’t normally encourage women to do shop ’til they drop but today I’m blatant in my encouragement of making you spend as much money as you can, because it goes to a truly magnificent center,” she said.