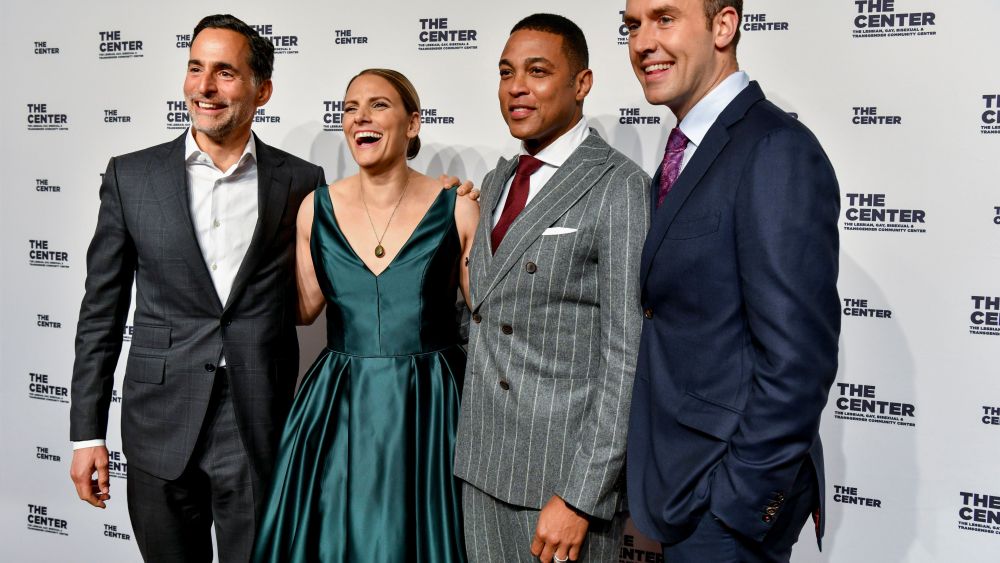 This year marks the 50th anniversary of the Stonewall riots, leaving many of the guests — including honorees Don Lemon, Goldman-Sachs chief executive officer Lloyd Blankfein and Lena Waithe — feeling grateful for how much has changed in the LGBTQ community’s favor, and hopeful for the work that still needs to be done.

Plus, the evening raised more than $2 million for the Center — making it one of the highest-grossing charity events for the organization in its history.

Recently engaged Lemon, who received the Community Impact Award at the event held inside Cipriani Wall Street, said growing up, he couldn’t possibly envision his current situation as a reality.

Torrence Boone, vice president-global client partner at Google, accepted the award on behalf of the company for Corporate Impact. The Read podcast hosts Crissle West and Gregory Smith, aka Kid Fury, also attended. Smith is developing a television series with Waithe and had taken a break from working on it that night to come to the dinner, where he presented Waithe with her Trailblazer Award.

In her acceptance speech, Waithe called out to the LGBTQ community at large, telling them that they were visible in the public eye through her.

“My goal as a writer is for all of you to see yourselves outside of the mirror,” she said. “Out, proud and unapologetic as f–k. Here’s hoping my life is one treasured long after I’ve gone because of the impact I’ve made on people’s lives. Keep blazing your trail because you’re lighting a path for someone else.

Terror Jr., Once Rumored to Have Kylie Jenner as Lead Singer, Emerges With the Truth