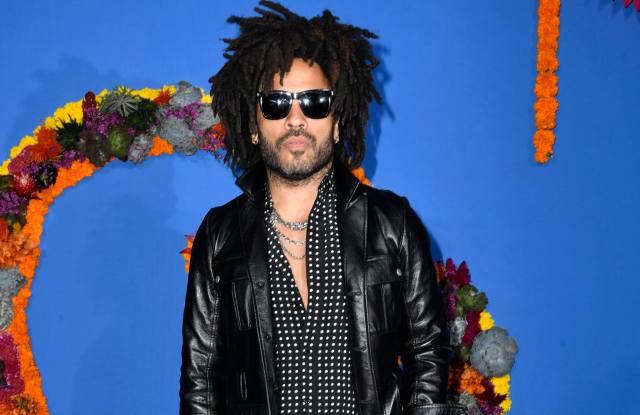 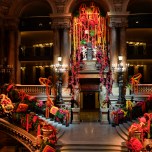 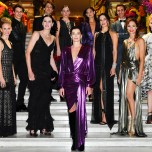 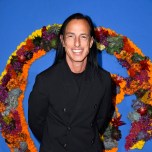 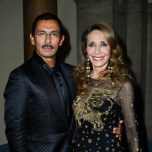 LET’S DANCE: “Oh, how extraordinary,” marveled Marisa Berenson, taking in the grand staircase of the Palais Garnier ablaze with hot-hued flowers for the Thursday night opening fundraising gala for the 2017-’18 season of the Paris Opera Ballet. “It’s so transporting,” echoed her chaperone, Haider Ackermann.

On their heels was Simon Porte Jacquemus with Jeanne Damas. “I did classical dance to a very high level and right at the point where I was about to enter the Marseille opera, I abandoned it, though dance is still one of my great passions,” said the designer. “I’ve only ever been here once to see a Pina Bausch production, so I’m really excited about tonight,” he added, citing among his favorite costume references Pablo Picasso’s Cubist creations for the Ballets Russes in the early 20th century. When asked if that was the direction of his spring 2018 collection, due to be presented at the Picasso museum in Paris on Monday, he replied: “No, there’s no Picasso. It’s more Matisse in spirit.”

With guests including Clémence Poésy, Rick Owens, Giambattista Valli, Charlotte Casiraghi and Lenny Kravitz settled in their seats, the curtain lifted to reveal the stage opened all the way back to the cavernous Foyer de la Danse hung with giant chandeliers, from which the entire company — gathering the Étoiles, Premiers Danseurs, Corps de Ballet and the students of the Paris Opera Ballet School — proceeded in lines to the front of the stage to music by the Paris Opera Orchestra, for the traditional Défilé du Ballet parade.

The gala was sponsored by Rolex.

During the intermission, Kravitz, who was buzzing from the performances, talked about his diva past. “Ballet and opera have been in my life since I was a child. I used to sing with the Metropolitan Opera. I did many operas: ‘Carmen,’ ‘Tosca,’ ‘The Magic Flute,’ ‘La Bohème.’ I was in the children’s chorus. Growing up in New York and being around opera and ballet all my life, it’s very important to support it. And being in this building in particular, watching these performances, it’s very exciting.”

Alex de Betak was also feeling moved by the event.

“The défilé, which is what I’ve spent my life doing, every time it gives me goose bumps to watch it,” said the fashion show producer, who on Sept. 27 at Colette will be signing copies of his anniversary tome, “Fashion Show Revolution,” covering 25 years of productions. “We’ve just passed the 1,000 mark,” said de Betak.

From Monday for one week, Bureau Betak will also take over Colette’s last ever fashion week windows before the store closes in December. The windows on the left will feature backstage installations screening live footage of the shows Bureau Betak is producing, including Dior and Yves Saint Laurent, and on the right, front-of-show moments, including an installation where people can place themselves before a camera and be transported into the shows.

But back to the ballet. After the night’s final act — Balanchine’s “Diamonds” – Aurélie Dupont, the ballet company’s director of dance, took her stage bow in a disco, metallic purple dress by Alexandre Vauthier that jarred with the dancer’s twinkling white classical tutus created by Lacroix in 2000.

But in her role, she’s all for diversity, taking risks and mixing it up. “Now that I’m a director, I try to keep up to date with all of the latest things,” said Dupont, following a supper in the site’s Grand Foyer orchestrated by Le Fooding. “In 2017, it’s very important to open the door and invite different personalities and ways of seeing life, across culture, politics, art, music and dance,” she added. “My dream is to work with new dancers and choreographers on theater – I would love my dancers to have words and a voice — and I’d love to work with new fashion designers on new costumes … that it be a full and unique show. You can have dance, theater, costumes, fashion and new music.”

Dupont singled out Azzedine Alaïa as one of her target collaborations, saying: “And he knows it.

“There’s a simplicity and complexity to his work. His clothes are really good for dance, they’re close to the body with stretch. He’s almost a designer for dance,” she said, adding that for designers, the world of dance offers a new way of bringing their creations to life. “With fashion, they get to see their pieces walk down the runway, but when it comes to the idea of having their outfits dance and move on a body, it’s a completely different experience,” said Dupont. “All of them, I can tell you, all of them, want to create for the Paris Opera.”

An after-party in the Rotonde des Abonnés, staged by André Saraiva and de Betak, capped off the gala evening.