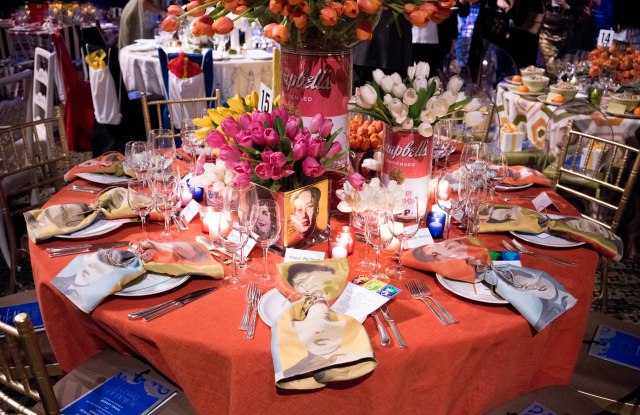 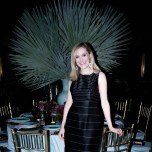 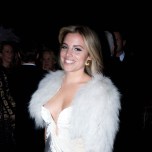 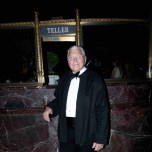 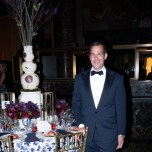 Well, no one who had trekked out to Cipriani 42nd Street for dinner on Wednesday night could complain that their table was boring. Lenox Hill Neighborhood House had taken over the venue for its spring gala, and as per annual tradition, the group enlisted more than 40 interior designers to each craft a table. This year’s theme was “A Century of Design,” which afforded the designers much artistic leeway — table designs included a giant aquarium, a bonsai tree complete with taxidermy Chinese pheasants, bowls of Fruit Loops, and enough flowers to fill a nursery. An eclectic mix, to say the least.

“The inspiration is sort of an enchanted garden. It’s really about timeless beauty,” explained interior designer Alex Papachristidis, standing underneath the giant Japanese bonsai on his table, which also included a hand-painted silk tablecloth and blue and white dishes. “That’s the way I see decorating and interiors: that things should just have style, glamour and elegance.”

At that moment, Dennis Basso bounded over to lavish praise on Papachristidis. “It’s really gorgeous. Really so chic,” Basso said. “I’ll wrap everything up and take it back to my house. It’s like not a problem, OK? I said to Michael [Cominotto, Basso’s husband] ‘You have the felt squares?’ I can stack them right up and take them right in the back of the car, no problem.”

Not the tree, though. “Don’t pick that tree up before you back up — David Monn made that tree for me,” Papachristidis added.

Antiques dealer John Rosselli was taking in the scene. Rosselli was flying solo for the night without his wife Bunny Williams, who had mentored many of the designers in attendance. “I’ve been connected with Lenox Hill for 35 years,” he said. “It’s amazing how it’s grown. The design committee has been so instrumental.” The annual spring gala provides major fundraising support for the organization, which offers an array of services to East Side residents of all ages. “It’s one of the oldest settlement houses in New York — it started at the turn of the century,” Rosselli continued. “Settlement houses were created by a group of wealthy and influential people to help immigrants integrate into the East Side. It’s a grand old service organization.”