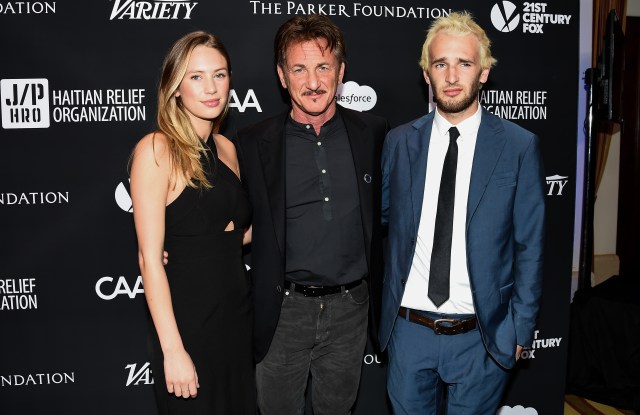 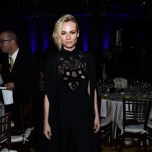 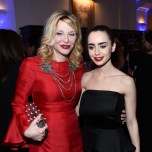 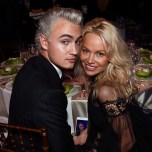 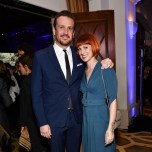 Sean Penn’s J/P Haitian Relief Organization underwent a re-brand in 2017 to reflect a changing world. Founded in 2010 after the island nation’s devastating earthquake, the organization’s annual Help Haiti Home fund-raiser has become Haiti Rising to underscore its mission for saving lives and bringing sustainable programs to its people quickly and effectively. Coming off the heels of Hurricane Matthew this past October, J/P HRO has been focusing on new mechanisms of aid, specifically in instances of natural disasters.

As he opened the event, Penn thanked his children Dylan and Hopper for joining him, as well as members of J/P HRO, which he called his “third child.” “I’m not going to give a rabble-rousing speech tonight,” he said, leaving the zingers to emcee Bill Maher. “This hat-in-hand stuff is tough for me,” he said. “It’s when you’ve got to call all your friends and enemies and ask them to dig deeper and help you out.”

“I’m not sure why Sean takes as many darts as he does for helping people out,” said Norton, “but he has my admiration.” Bill Clinton also offered a video message of thanks, which prompted Maher to say, “The Democrats may not know how to win an election, but they make damn good former presidents, like Bill Clinton and Jimmy Carter.”

After extravagant items such as a private acoustic performance by Jonas and custom artwork by Ed Ruscha were auctioned off, there was a surprise performance by Beck, who ended with “Where It’s At.”