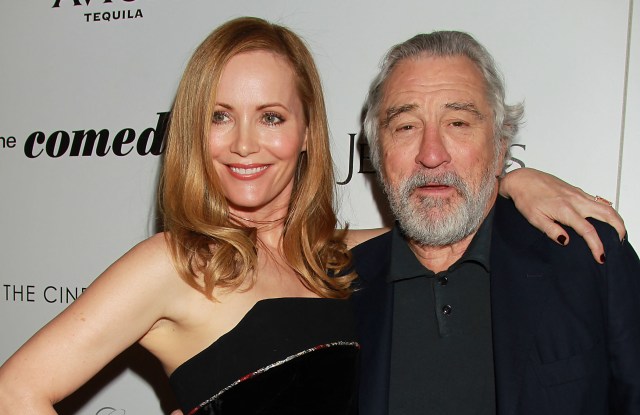 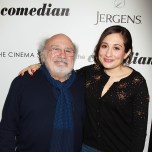 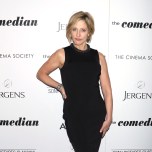 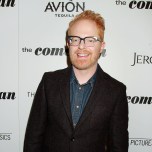 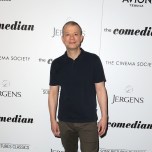 What does the all-star cast of “The Comedian” really think of Robert De Niro’s stand-up?

“He’s very good,” said cast mate Danny DeVito at the Cinema Society’s screening, co-sponsored by Avion and Jergens, of the film at the Museum of Modern Art. “He did a good job. He’s a very funny guy. You see ‘King of Comedy’? Very good. Oh, you should watch it.”

“The Comedian,” starring De Niro, is about a comic, Jackie Burke, who wants to be remembered for something other than the sitcom that made him famous. After assaulting an audience member during a stand-up show, Burke is ordered to complete 100 hours of community service. While completing his hours, he meets a younger woman named Harmony (Leslie Mann), who ultimately helps him change his perception of himself.

“It’s called ‘The Comedian,’ it’s actually very dark,” said Helen Mirren. Dressed in a yellow Zara coat, she was at the screening in support of her husband, director Taylor Hackford. “It’s wonderful. Robert De Niro’s incredible. The whole cast. My husband got an incredible cast together — Leslie Mann, Patti LuPone. The women are spectacular. I loved it.”

Mirren was recently spotted at the Women’s March in New York City. She shared that the experience was peaceful and funny — “very funny.”

“Such an amazingly beautiful vibe out there,” she said. “Not angry — certainly passionate, certainly committed, but not angry. It made you very grateful for the fact that we live in countries like Britain and America and France and Germany, where you can demonstrate, where that’s a part of your right as a nation. It was democracy in its proper form, I thought. The fact that there were I think either no arrests, and well over a million people all over America were demonstrating, there were no arrests anywhere. It was an incredible thing to be a part of. Very lucky.”

Mann donned a black Roland Mouret jumpsuit for the occasion, and walked the carpet with her husband, Judd Apatow. Though she was a late addition — Hackford said she was brought on just three weeks before filming began — her role was integral to the film.

“It was like a dream come true honestly,” she said of working with the cast. “These are people who I’ve admired my entire life. To be acting with them was something, who gets to do that? Nobody does. I just feel very lucky and grateful.”