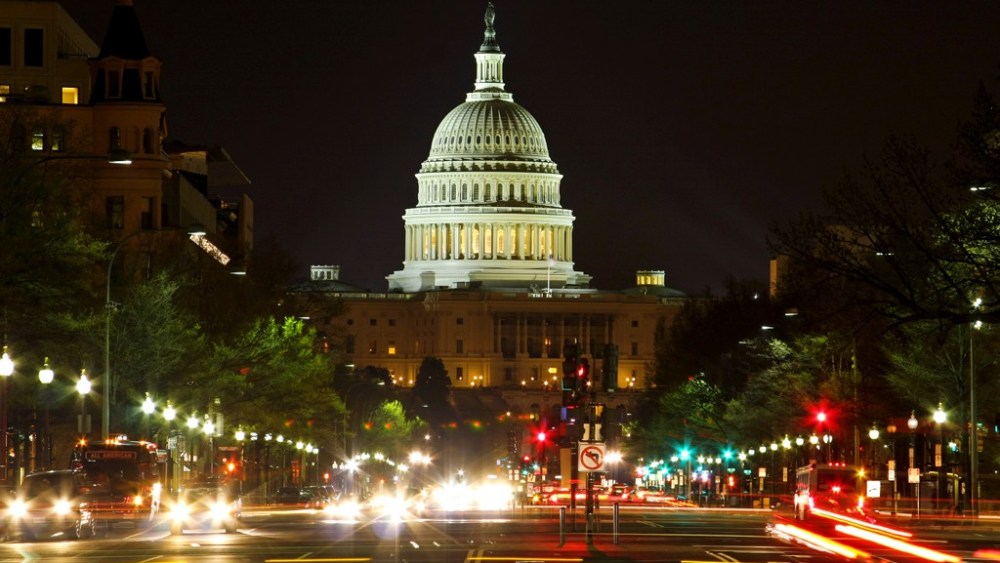 WASHINGTON — For all the public angst about partisan gridlock, economic malaise and the unraveling of the American empire, now is a good time to make an entrance inside the Beltway’s social ranks.

Taking a break after nearly four years of politically correct “Obama cool,” Washington socialites are stepping up their games in preparation for the November presidential election. Whether the event is a book party, an embassy reception or a three-day national convention to crown a presidential candidate, every invitation packs a new punch — the chance to meet someone on his or her way to the top.

What better outlet for all that nervous energy than the summer party circuit? Come November, when the elections are finally over and the winners start to assemble their teams, the policy makers everyone remembers may well be the ones who found a way to stay in the game.

“Washington is the last true aristocracy in America,” says Joan Rivers, a regular visitor to the D.C. social scene. “The power is here. The money is here. This is one big ball. It isn’t run by show-business people or new money. It’s run by smart people who got here because of their smartness.”

What becomes of all those smart people during the campaign season, when thorny policy issues from the economy to the Middle East defer to opinion polls and political attack adds? Behind the scenes, veteran insiders find ways to survive, waiting for the dust to settle. From now until November, the aim is simple: tap into that Darwinian survival mode that every political operative knows so well — the race to forge connections with possible winners and the friends, family, advisers and backers on whom they rely.

“Three years out of four, Washington is all about public policy, with all the smart folks studying and working all night. They’re all still here, only now there is no final exam,” says lobbyist James Free, former special assistant to President Jimmy Carter, who now represents Sony Pictures and BMI, among others. “There is no public policy emanating from the executive branch. The President is in campaign mode. And Congress is totally run by Republicans. That leaves everyone free to go out to dinner.”

Tammy Haddad, whose cause-related parties attract Republicans and Democrats alike, agrees. “You have a group of type-A policy wonks wanting to get business done,” says Haddad, who will be working the Democratic and Republican conventions for Bloomberg News. “But with no legislation moving, no one is sure what to do. So instead what you get is a lot of policy makers meeting at Cafe Milano to talk shop.”

Not that anyone in D.C. cares all that much about food. What obsesses policy makers is winning the White House in November.

“People feel a little dislodged by so much uncertainty,” says NBC News’ chief foreign affairs correspondent Andrea Mitchell. “The biggest question of all is the upcoming election. That’s our Olympics.”

As in any great sporting event, one’s standing is determined by the stats. With Mitt Romney finally nailing down his title as Republican standard-bearer, his supporters can feel the boost. “I’m getting more invitations in the last month, but only recently,” says Wayne Berman, an early Romney supporter whose wife, Lea, served as George W. Bush’s White House social secretary.

Channeling all this extra wattage can prove touchy for veteran hostesses who like bringing policy makers together to discuss common problems.

“It worries me that people are fighting with each other and nothing is getting done,” says Esther Coopersmith, who entertained her first president at home when Lyndon Johnson and Lady Bird came for barbecue. Remembering how Johnson worked with Republican minority leader Everett Dirksen to pass the 1964 Civil Rights Act, she said, “What’s happening on Capitol Hill is disgraceful with no one talking to anyone. This is our country, and we want the best for it.”

High-profile hosts and hostesses also have to contend with the new rules governing corporate donations to the Republican Convention, which will take place Aug. 27 to 30 in Tampa, Fla., followed by the Democratic National Convention Sept. 4 to 6 in Charlotte, N.C. The Democratic Convention has banned direct corporate sponsorships (although it will accept in-kind contributions from companies such as telephone services or gift cards) that at the 2008 convention in Denver amounted to $33 million. So much for all those corporate bashes this time round.

“People are conflicted by new restrictions to ban corporate contributions. In the case of the Democrats, there may not be a lot of socializing by big contributors at the convention,” said NBC’s Mitchell, who personally has no problem with cutting back. In addition to the instability in Europe and Syria, she says, “We’re worried about the people out there who don’t have the resources we have.”

For White House chief of protocol Capricia Marshall, who works hard to look after the special interests of accredited ambassadors and representatives of 178 foreign delegations, the conventions in Tampa and Charlotte are packed with challenges.

“We’re looking for whatever packages are available — hotels, tickets to special events. It’s awful actually,” says Marshall. “If you can’t be there for more than one day, you can’t go. Everything has a five-day minimum. And lots of ambassadors can’t afford to spend that much time away.”

Media hosts are also weighing how to craft their social profiles at the conventions in view of the changing rules and social mores. In the past, television executives and newspaper barons have been among the best hosts, with skyboxes and cocktail receptions serving as quiet spots to broker deals and forge alliances.

While no one is yet saying what parties they might host for the upcoming conventions, one of the key players to watch is former Democratic Congresswoman Jane Harman, director, president and chief executive officer of the Wilson Centre. Harman cohosted the Newsweek-Daily Beast party at the White House Correspondents’ Association annual dinner with Tina Brown last spring. She is the widow of audio-equipment mogul Sidney Harman, who died eight months after buying Newsweek and half ownership of The Daily Beast.

Also in the mix is newly remarried Donald Graham, chairman and ceo of the Washington Post Co. who, while he says he hates going to social events, always listens to his sister, Lally Weymouth. Since being named the paper’s senior associate editor two years ago, Weymouth hasn’t been shy about kicking up some dust when she thinks standards are slipping. And no one is likely to turn her down if she wants to give a party, especially given that she has never had any qualms about making the most of her high social profile.

Facebook cofounder Chris Hughes, with his newest acquisition, The New Republic, may well choose to revive the magazine’s social profile back from the days when former owner Martin Peretz wanted to win support for Harvard pal Al Gore. Then there’s David Bradley, the most up-and-coming media baron in town with his lineup of prestige insider journals including Atlantic Monthly and the National Journal.

While plans for socializing at the conventions may still be up in the air, no one denies the danger of underestimating the power of socializing in Washington this summer.

“There’s no other community I know of where, if you know how to navigate the social circles, you really meet the people who make things happen,” says D.C. consultant Marc Adelman, a former advance man for John Edwards’ first presidential campaign. Adelman, whose father, Barry Edelman, produced this year’s Golden Globes, along with a stable of other television shows, still marvels at the accessibility of powerful policy makers in Washington.

“L.A. is not an accessible town. You are either in the club or you are not. To get near anybody, there’s not a lot of happenstance involved. In Washington, it’s the complete opposite,” he says. “There is no recipe and no formula for why a certain person or issue succeeds and another one doesn’t. It’s like a hit song.”

Take the circuitous route to the top navigated by David Rubenstein, the current paragon of success for ambitious 21-year-olds heading to D.C. in search of their place in history. One of the few tycoons to make billions working his way through the ranks of public policy, Rubenstein’s story demonstrates what every Washington insider knows but never actually admits: Winning really is everything.

Last year, when the Kennedy Center celebrated the 80th anniversary of the National Symphony, Kennedy Center chairman Rubenstein brought down the house with the announcement of his $2 million gift to restore the old Concert Hall organ with a new 5,000-pipe instrument built by Casavant Frères of St-Hyacinthe, Quebec. A month later, his $10 million gift to mark the 50th anniversary of the White House Historical Association was revealed at a private reception hosted in the White House by First Lady Michelle Obama. This year, when five White House social secretaries welcomed Smithsonian Institution fans to swap stories about their days in the White House, it was in the Decatur House auditorium designed with help from Rubenstein’s endowment.

His all-star cachet is not lost on Washington’s most successful hostesses. “He’s an interesting man when you consider all he’s accomplished for the Carlyle Group. He’s not pretentious, and he has a real humility that I find very attractive,” says longtime Washington hostess Buffy Cafritz.

While racking up invitations to fancy dinner parties is not what makes Rubenstein successful, he embodies a dream resilient enough to nurture all the tamped-down egos of political aides, advance men, personal assistants and gofers who serve presidents, senators and congressmen after they win their elections.