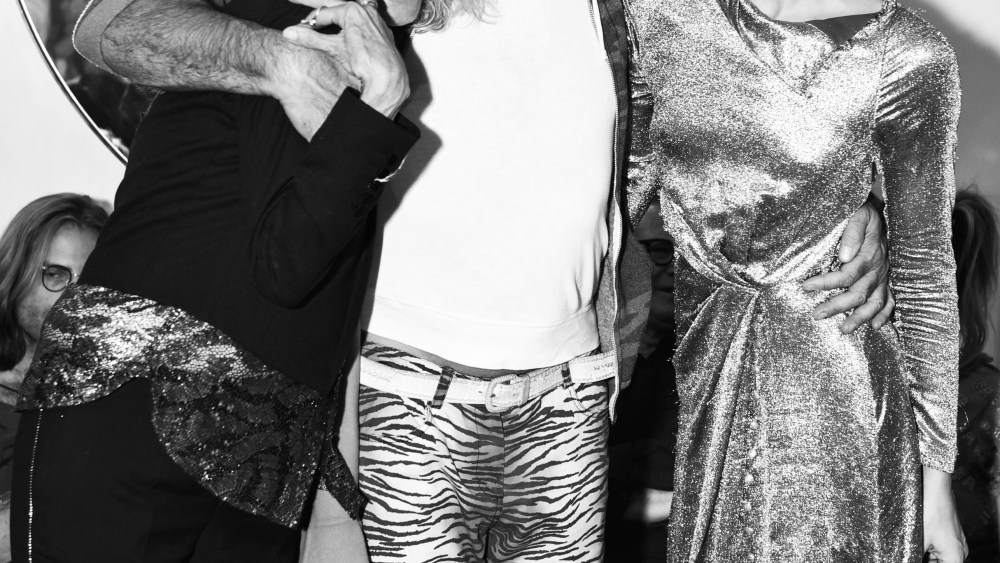 Alan Faena — Argentine hotelier, real estate developer, former fashion designer — knows a good party when he sees one. And on Sunday night, it just so happened that such a party was happening in his living room.

Having successfully built hotel empires in Buenos Aires and Miami, Mr. Faena is now turning his attention to New York. Naturally, the occasion called for a little NYFW shindig, held in his Chelsea apartment.

“It’s like a real party from the Seventies,” Faena said, from a nook off to the side of the main living room, where the party was in full swing. A quick Google search of the hospitality figure would lead one to believe he might’ve welcomed guests in his signature all-white ensemble and white hat, but alas; for the evening at home, he wore no shoes, tiger-print skinny pants, a hoodie (hood up) with a turban underneath.

“That’s always my goal in everything that I do: for people to feel. To go back to them. To go back to their roots and enjoy,” Faena continued of his objective for the evening. Guests included Peter Dundas — looking right at home in the Seventies-inspired affair — along with Chloe Wise, Devon Windsor, Ian Mellencamp, Jordan Barrett, Dylan Penn, Ann Dexter Jones, His Highness Padmanabh Singh of Jaipur, Mia Moretti, Juana Burga and more. The all-white decor of the apartment was lit dimly and accompanied by music that was enough to transport one back to the balmy party-hopping nights of Art Basel Miami Beach. As would’ve flown during his desired decade, guests lit cigarettes while perched on the couch, the smell of which mixed with the Faena Hotel’s signature scent as the night went on.

“I am from Bueno Aires, I created all these projects in Miami — the hotel, the art center, the theater — and then I wanted to continue. So I think New York now is going to be my…New York to Miami, Miami to New York,” Faena said.

His reality, it seems, is the free-flowing nightlife of the Seventies, a concept he thinks has vanished from New York — certainly NYFW — in the time he’s been away from the schedule.