Hipsters flocked to Paris for the opening of the brand’s flagship. 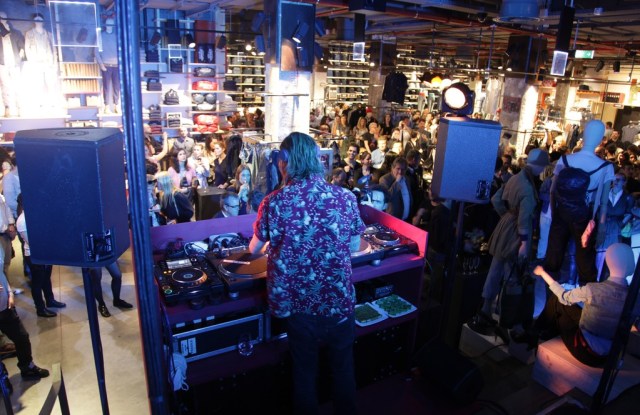 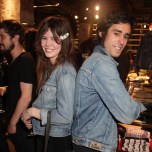 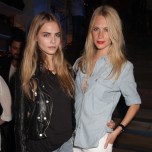 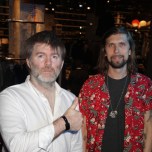 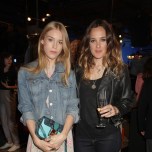 HIPSTERS SCENE: Levi’s on Thursday night transformed the basement of its new flagship store on the Champs-Elysées into a nightclub, with French electro DJ-producer Pedro Winter and American musician James Murphy serving up thumping electro beats. Skinny jeans was the main dress code, with young guests roaming around the denim-stacked industrial space slurping beers and eating curry bagels and hotdogs. The tailor shop in the VIP area on the site’s second floor had been turned into a bar.

Guests included Lou Lesage, Jess Mills, Poppy and Cara Delevingne and Mary Charteris, who was dressed in a vintage floral print frock paired with a trucker jacket exclusive to the Paris store from Winter and Murphy’s limited-edition line for the brand. “I feel like I’m in New York,” enthused Charteris, adding that she loves mixing up Levi’s pieces with other stuff. “My aunt [Daphne Guinness] only wears white jeans, she never wears [blue] denim. She should, I’m sure she did when she was my age,” she said.

“We are taking more risks from a fashion viewpoint,” commented Erik Joule, the brand’s senior vice president of global merchandising and design. Levi’s intends to take a more refined point of view with a collection set to launch this summer made from Scottish Harris Tweed, he said