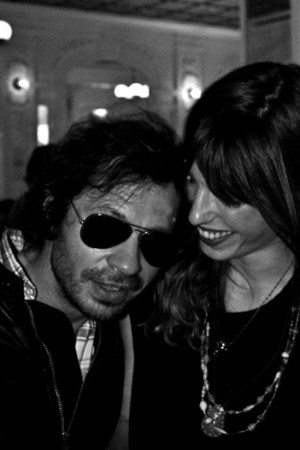 ROCK CANDY: For the opening night of the Levi’s-sponsored Jalouse Rocks Party Festival in Paris on Wednesday night, Lou Lesage took to the stage at André’s hip Paris bistro La Fidélité to entertain a boisterous crowd that included Lou Doillon, Olympia Le-Tan and Olivier Zahm. Gap-toothed model Ashley Smith said she’s just formed a girl band called the Chocolate Bunnies, in which she plays electric guitar. “It’s pretty much my dream, I’ve been playing since I was 12,” she enthused. Daphne Guinness’ niece, Lady Mary Charteris, who said she was down to DJ at the festival, said she plans to launch a swimwear line, and hopes to open a store in London’s Soho district. “It will be very colorful with candy prints,” she said, adding she plans to do a design course at the London College of Fashion this summer.

Illustrator Cedric Rivrain said he’s working on a book of drawings due to launch in September at hip boutique Colette. The work will feature magazine pieces he did in collaboration with brands including Balenciaga and Prada, as well portraits of the likes of Le-Tan and Natacha Ramsay made using Band-aids. He’s also working on a T-shirt line for Opening Ceremony. Meanwhile, Japan-based creative consultant Tiffany Godoy said she’s working with real estate developer Central Group on the branding of a new luxury men’s floor in Hong Kong shopping mall The Landmark. “It’s pretty exciting, they’re really trying to change the way men shop. There really isn’t a space like that for men in Hong Kong,” she said, adding that it will carry everything from Savile Row garments to designer sportswear, electronics and books.