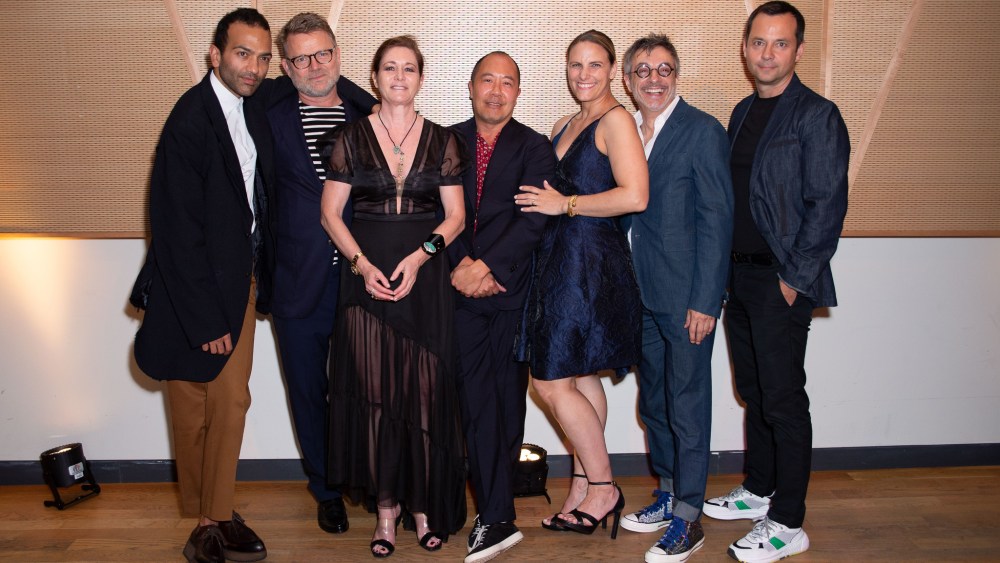 Pride month, which this year marks the 50th anniversary of the Stonewall uprising, got an unofficial kickoff Sunday night in the West Village as leaders in the fashion industry gathered at the Center for the annual Fashion Centered benefit dinner. The event serves to raise awareness and funds to support the LGBTQ community center’s various programs, services and advocacy.

“In today’s society, it’s not always easy to be different, but we have to celebrate difference and diversity — and not only diversity, but inclusion,” said event host and head of Kering Americas Laurent Claquin during cocktails in the center’s garden. “Which is something I’ve learned at CFDA where we’re saying if diversity is the thread, inclusion is the needle. You need to have the people invited to the party and dance.”

Claquin pulled out his phone to illustrate the various Pride-themed activations that Kering has in the works this month: a “Love is for everyone” display in the windows of the future Balenciaga store on Fifth Avenue; a rainbow assortment of Bottega Veneta clutches, and even more important than the product, internal initiatives and support for people.

“I think there’s a lot of awareness right now, and I think that vulnerable or at-risk communities need more protection and support than ever. The center does amazing things, and they have,” said Lauren Santo Domingo. “I think in this political climate you realize these vulnerable communities really are under threat, under siege.”

Guests filed upstairs to the center’s top floor for dinner. The room was cozy and packed; while other benefits for the center take place off-site, the Fashion Centered dinner prioritizes bringing its crowd into the organization’s beautiful home.

“I think this is now the third year that we’ve been attending the event,” said host Derek Lam of his and husband Jan Schlottmann’s involvement; they were introduced to the event by Mark Lee. “But it was only this year that we became board members; it was just so compelling. Last year they had a real focus on immigration and what was happening overseas with gender discrimination, and we just felt we needed to be part of it,” he added. “And, I used to live on 11th Street. This was kind of like my neighborhood, and this was my community center. So I’m really happy to be part of it.”