Colin and Livia Firth, Sonam Kapoor and a bevy of models attended the jeweler’s Backstage party in Cannes. 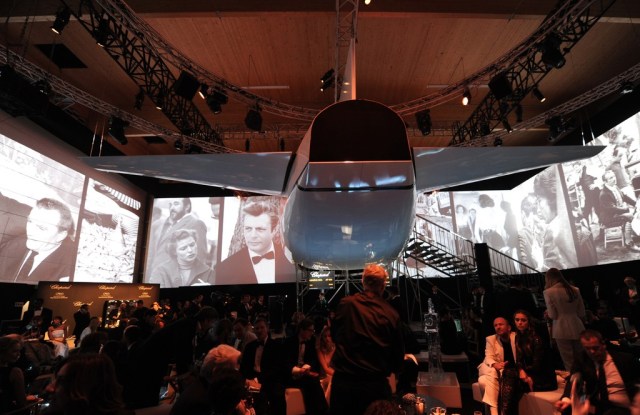 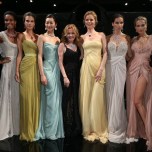 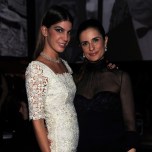 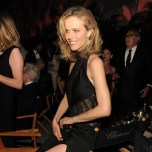 What better way to experience the magic of cinema than on a film set? Chopard filled a hangar at Cannes-Mandelieu Airport Monday night with a set that was an homage to legendary Italian film studio Cinecittà on one side and a tropical landscape on the other. Guests including Colin and Livia Firth, Sonam Kapoor and a bevy of models like Natasha Poly, Suki Waterhouse and Coco Rocha had to go through a replica airplane to travel between the two sides.

“It really gets my engines running,” said Waterhouse, surveying the scene as she sat next to an ice sculpture of a film camera.

Her neighbor, Firth’s wife, was there because Chopard joined her Green Carpet Challenge 12 months ago by launching its first high-jewelry pieces made from sustainably sourced gold at the Cannes Film Festival.

The Cinecittà theme was not her idea — “although I have a soft spot for most of the Italian actors of that generation, Marcello Mastroianni first of all. In fact, I always say, who doesn’t have a crush on Marcello Mastroianni? He’s the sexiest man ever — except for my husband, of course,” Firth said.

Kapoor was getting ready to star in Disney’s first Indian film, “Khoobsurat,” or “Beautiful.” The Bollywood star sparkled in a lilac Elie Saab gown accessorized with a Chopard necklace that featured 145 carats of yellow and white diamonds.

“It’s spectacular, right?” she marveled. “My mom’s a jeweler and, you know, I don’t know who said that you should wear couture like a pair of jeans — I wear jewelry like that. You have to have fun with everything and not think about it too much, and then I have two very handsome bodyguards guarding me.”

Selfie mania spread rapidly as Firth, the actor, gamely posed for cell phone pictures with fellow guests, while Rocha and Selita Ebanks struck a pose on a metal staircase.

“I feel, like, really small next to them,” said Chopard copresident Caroline Scheufele after taking a bow with her models. Soon after she enjoined guests to head next door for a concert by Kool & the Gang. “It’s boarding time,” she said.