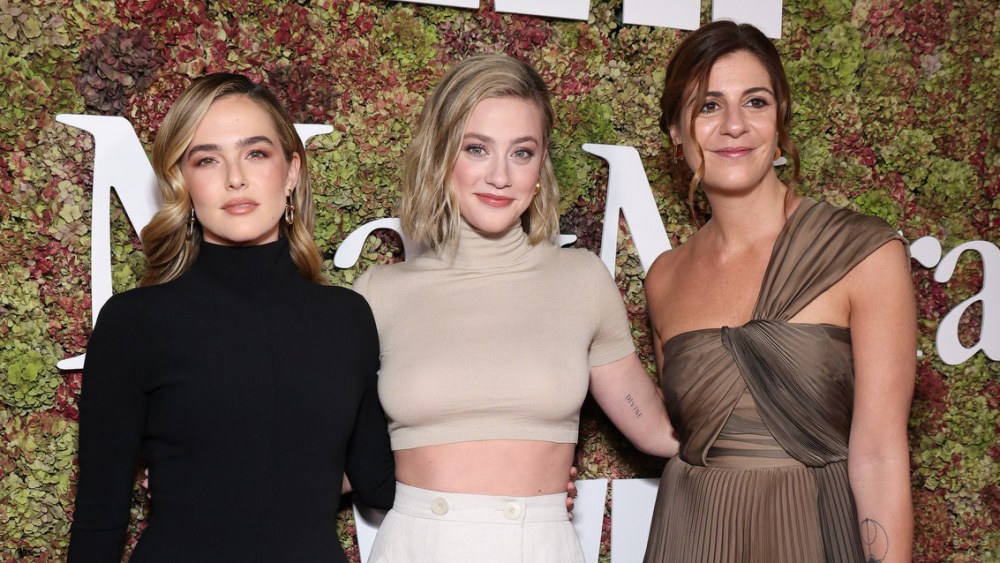 “I was at their show in Milan a month ago — feels crazy that it was already a month ago,” Lili Reinhart said of Max Mara. “I loved the whole show.”

The actress was at a cocktail event on Tuesday night celebrating her WIF Max Mara Face of the Future Award. She’s the 17th recipient, officially receiving the honor at Women in Film’s annual gala on Thursday. The nonprofit, founded in 1973, advocates for women working in Hollywood.

“I was looking at the outfits that I wanted to try on for this, and this was obviously just this chic, little Florence Pugh-inspired nipples out moment,” she continued, referencing Pugh’s buzzy nipple-baring Valentino looks as of late. “You know what I’m sayin’?”

Reinhart had on a cropped cream turtleneck and a high-waisted skirt.

“I didn’t know what an honor it was,” she said of the recognition. “I think because I was a little shook — I hate that word but — as to why I would be getting it. I kind of still don’t really understand. But I’m like, ‘OK, cool.’”

The award is given to women experiencing a turning point in their career, working in film and television, with “extraordinary acting achievement and embodiment of timeless style and grace,” according to Max Mara. Past winners include Zoey Deutch, Katie Holmes, Zoë Saldana and Ginnifer Goodwin.

“My manager — even though I’m always like, ‘I don’t really know what’s happening or why I’m here’ — she’s like, ‘You know what? You’re doing something right, so keep doing what you’re doing,’” Reinhart said. “I’m like, ‘OK.’ But it is truly such an honor. It hasn’t fully settled in yet. I think I feel just very humbled by it, and very, very grateful. My mom’s here, and I’m happy to have my team supporting me. I feel the love.”

Reinhart, who rose to fame for portraying Betty Cooper on The CW teen drama “Riverdale,” is closing the chapter on the series — now in its seventh and final season.

“It’s exciting and bittersweet,” she said of the impending transition. “That’s why I’m trying to just enjoy every day that I’m on set and appreciate it…but I’m also incredibly excited to start filming and shooting and producing what I’ve been developing for the last year-and-a-half for my own production company.”

Small Victory Productions, a partnership with Catherine Hagedorn, signed an exclusive first look television and feature film deal with Amazon Studios. What can we expect?

“A lot of women,” Reinhart said. “Our philosophy was telling stories about young people today that are realistic. What it’s like to be a young person in this time, today, that accurately reflects the human experience — and not young people written by a bunch of 40-year-old white men in a room. You know?”