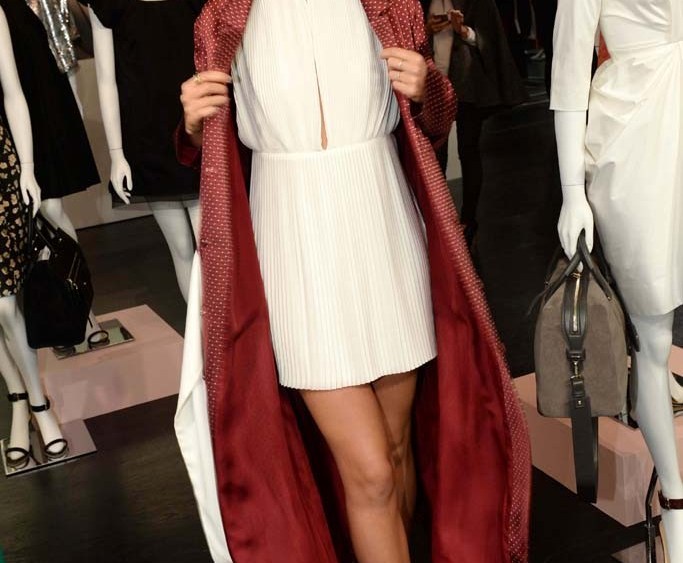 Lily Aldridge was stalking an Upper East Side restaurant on Wednesday night like it was the Playboy Mansion.

A Victoria’s Secret Angel, she’s used to striding confidently everywhere she goes, but there was something else in her step this time. She had swagger. Maybe it was what she was wearing. In her silk burgundy smoking jacket, Aldridge recalled the bearing of a very smooth player, the most famous player of them all.

Before she ever stomped the runways of Victoria’s Secret, it was Aldridge’s mother, Laura Aldridge, née Lyons, who first posed for a camera. In her prime, she was Miss February 1976 in Playboy. Mom, now 59, was back in the game for a photo portfolio that appeared in New York magazine earlier this week celebrating the trailblazing models who appeared in the then-risqué pages of Playboy from 1954 to 1979, women who in more ways than one paved the way for the likes of Aldridge to strut around in expensive lingerie and sexy angel wings. In her portrait, the older Aldridge looks indomitable, the picture of Mrs. Robinson in a corset and black stockings.

“I’m so proud of it. She’s a beautiful woman,” the famous daughter said during a Barneys New York dinner at The East Pole. “I found out [about the centerfold] when I was 12. She had to break the news to me. I thought it was awesome. Those issues from the Seventies are so iconic and elegant.” In fact, a lot of those issues are all over their family home still. “I’ve always been a huge fan of the Playboy of that era and I still am. She’s still so proud of it. I’m glad she got recognized,” she continued.