Lily-Rose Depp, the latest cover star of V Magazine, rang in Halloween weekend in DUMBO — and in full Chanel at that. 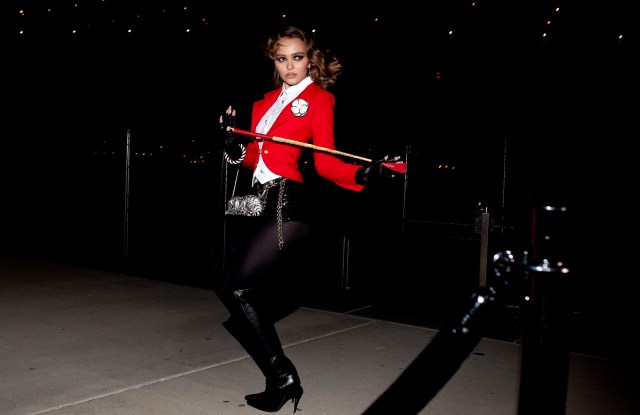 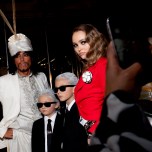 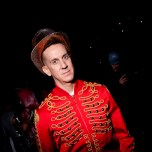 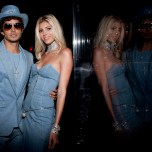 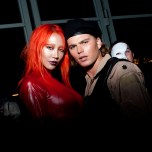 Matrix-ready mini sunglasses, black biker shorts and a touch of fake Chanel — it was hard to tell who was in costume Friday night at Jane’s Carousel and who had just rolled on over from SoHo.

The DUMBO attraction was indeed taken over for a Halloween celebration, thrown by V Magazine in honor of their newest cover star, Lily-Rose Depp (with support from Chanel). The cover story, shot by Luke Gilford, features an interview with Depp conducted by fellow Chanel ambassador Kristen Stewart and was released earlier this week. Depp arrived at the party in a full look of the real thing, pairing her Chanel ringmaster get-up with Christian Louboutin boots (and earning herself the distinction of chicest guest at the party).

Scott strutted in with a few friends, looking more serious than he typically does for a night out on the town. Barrett found Park as soon as she arrived and insisted they mug for the cameras together. V Magazine’s Stephen Gan was almost unrecognizable in a white genie get-up; he and Depp posed with mini-me Karl Lagerfeld’s (Lagerfeld’s godsons Hudson and Jameson Kroenig).

As the night went on, models took breaks from dancing on the carousel to cluster outside by a hot dog stand and vape. Depp, meanwhile, was inside getting down to Shaggy’s “It Wasn’t Me” against the glass wall, guarded from cameras by a pack of pals.

This Is How New York’s Literary Community Gets Down: The N+1 Benefit