“We focus too much on the negatives in life. Let’s just have fun.” 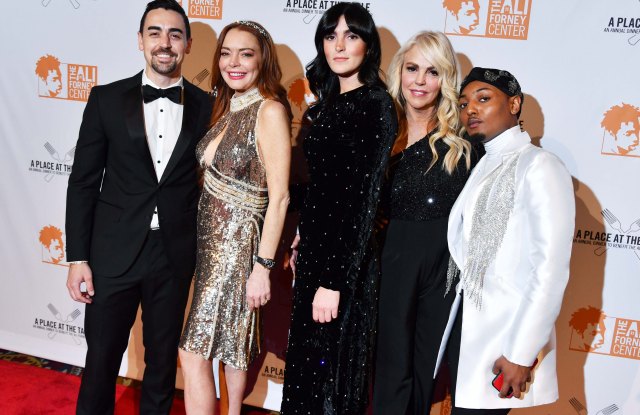 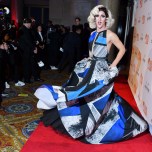 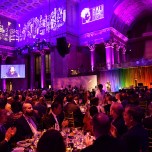 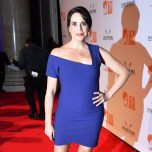 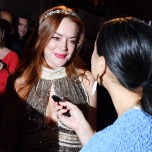 Lindsay Lohan has been taking dance lessons — which, in turn, have taught her lessons for life.

The actress, who attended the Ali Forney Center gala on Friday night, is aware of the videos. She’s seen the footage of herself in Mykonos, flipping her hair back at the DJ booth, and how that recording became a subsequent meme.

That’s why, she said while standing on the red carpet at the event, she recently posted a video of herself dancing next to a car in a gas station — to show people she can also get in on the joke and laugh at herself.

“I was in a board meeting in New Jersey for hours before that, and I was just like, I need to get out of the car for a second,” she said. “Just stop the car and let me do the video. We focus too much on the negatives in life, we need to be happier and make fun of ourselves. Let’s just have fun.”

Lohan has been in New York testing out a new club concept following the closure of her Lohan Beach House club in Greece. While in town, she and her choreographer Alex Mugler have been attending dance classes together.

“House of Mugler is kind of what the show ‘Pose’ is based on,” she said, catching sight of Billy Porter, the host for the evening. She made a beeline for him, saying, “I’m gonna attack this motherf–ker. In the best way possible.”

After taking photos with Lohan, Porter greeted Marc Jacobs and his husband Charly Defrancesco, who were invited to the party that night by Kaia Gerber and Tommy Dorfman — both Gerber and Dorfman attended, with Dorfman arriving early and Gerber sitting to dinner on the later side.

Porter paused for a moment to reflect on his involvement with the Center, which is the largest organization in the U.S. helping provide housing and services to homeless LGBTQ youth.

Lohan, for her part, has an extensive history with the Ali Forney Center. She started volunteering there “years and years ago, in Harlem.”

“It was kind of like a shell organization at the time, just people sitting in an office, and me filing things for them. And me being OCD and wanting to fix things. I was organizing stuff with all the kids that worked there, talking to them. And I was going through a lot in life then as well.”

“We all go through ups and downs,” she added. “It’s OK to not be OK sometimes. But you figure it out eventually.”