Also in attendance was Anna Wintour, who had taken a meeting with Donald Trump earlier in the day. 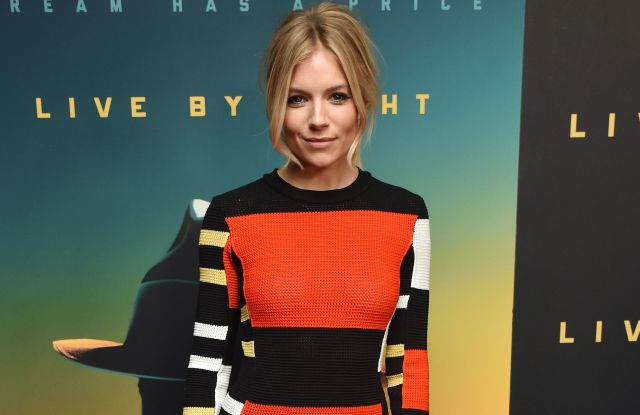 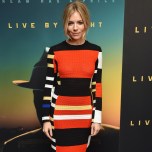 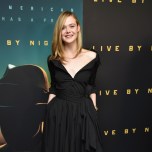 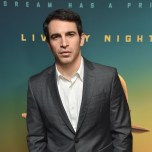 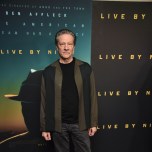 Ben Affleck drew upon familiar faces for his latest directorial venture, “Live by Night,” based on the crime novel by Dennis Lehane. Chris Messina and Chris Cooper, who have both worked with Affleck before, were given starring roles, though it seems Messina had the most fun preparing for his.

“The character in the book is described as fat, so I gained 40 pounds,” Messina said at the Warner Bros. screening of the film Tuesday night at Metrograph in Manhattan. “It was a lot of fun and then terrible to take off. Ben actually gave me a trainer as a wrap gift to help me lose the weight.” Messina submitted to the pound-packing powers of carbohydrates and sugar to help him gain the weight. “I ate a lot of pasta, drank a lot of beer, ate some ice cream. It’s pretty easy to do,” he said.

Sienna Miller also gained something while preparing for her role: an Irish accent. She received dialect coaching and turned to Bostonians to help her master it. “I do love the Boston accent,” she said. “I’d say it was probably my favorite dialect in America.”

Messina described “Live by Night” as a “love letter” to classic gangster films, a sentiment Affleck reiterated. “I wanted to pay homage to the classic gangster movies that I loved as a kid and even older, like the Warner Bros. movies of the Thirties and Forties and the great gangster movies of the Sixties and Seventies,” Affleck said. “I wanted it to feel like a classic, epic Hollywood movie, what a blockbuster meant — you know, big set design, lot of extras, big costumes rather than just people in capes.”

Affleck came across the story thanks to Leonardo DiCaprio, who sent him a copy of the book. “Leo’s a very smart guy, he knows a lot about movies and I take his opinion very seriously,” he said.

A shimmer-dusted Elle Fanning gushed that “Live by Night” was “one of the best scripts I’ve ever read” — quite a compliment, considering “20th Century Women” is up for the Best Motion Picture — Musical or Comedy Award at the Golden Globes.

“It was so epic,” Fanning continued. “Movies just aren’t made like this anymore — the feel of it, especially. Even though it’s a very classic genre, like gangster film, very classic, but still, it has a little modern feel as well and my character was pretty intense.”

In addition to the cast members, Anna Wintour made an appearance at the screening. Earlier that day, she had taken a meeting with President-elect Donald Trump. Wintour wasted no time at the screening, arriving discreetly and leaving as soon as the credits appeared.