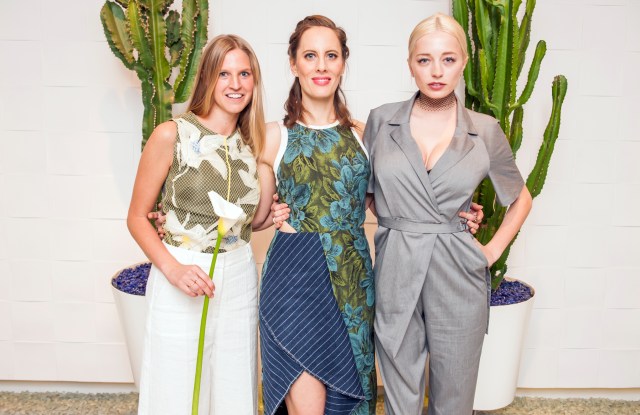 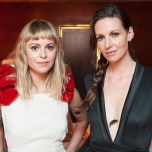 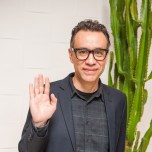 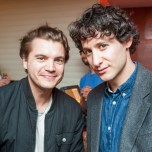 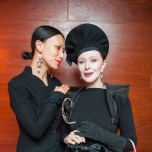 The Standard, Hollywood hotel is abuzz with hipsters on any given night, but it was more so on Monday when Liz Goldwyn hosted a dinner for Alma Community Outreach at the restaurant’s new outpost inside the hotel. Alma chef Ari Taymor was manning the kitchen (and socializing at the cafeteria counter bar) while his business partner Ashleigh Parsons explained the genesis of the event.

“I founded a community outreach program that works with public schools’ wellness curriculums to teach growing, harvesting, sourcing and cooking food,” she said. “The nonprofit is separate from the restaurant, but it’s nice that we can celebrate it here.” Goldwyn, who is pals with Taymor and Parsons, coincidentally mentors girls at a public school that also incorporates Alma Community Outreach.

“I was just with the girls and we harvested bok choy and planted squash and tomatoes. It’s so fun, so therapeutic,” she said. Of deciding to host a fund-raising dinner, she said, “It was an organic thing,” no pun intended. “I think it’s important for those of us in the creative community to be active in whatever community service inspires you.”

As she browsed the silent auction items that included accessories from Opening Ceremony, A.L.C. and Viktor & Rolf, Crow showed off her own Moschino cigarette pack purse that bore the warning label: “Getting out of the fashion business could reduce risks to your health.” When someone suggested she donate it to the auction, she exclaimed, “What? I just got this!”

Proving that Alma at the Standard was clearly the place to be on a Monday night, artist Konstantin Kakanias and jewelry designer Rebecca de Ravenel, who had pulled up in the driveway to grab a casual dinner, were surprised to see the “Closed for a Private Event” sign in front of the door. “I guess we picked the right place, but on the wrong night,” he said.