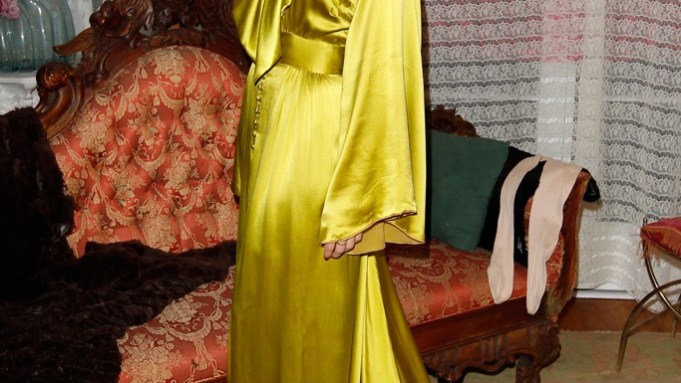 Liz Goldwyn added a vintage flourish to her latest art project on Saturday night, the debut of “The Painted Lady,” a short film she wrote and directed featuring Jena Malone. “Location was everything,” Goldwyn said of searching for the perfect venue for the screening, which was presented by MAC Cosmetics. She settled on the historic Hearst Suite of Los Altos Apartments in Los Angeles, which was transformed into a 19th-century brothel complete with different rooms housing live tableaux of women costumed as “ladies of the house.” The Like drummer Tennessee Thomas also lent her dancing skills to the installation, though she was one of the few performers who wore her skivvies.

“The film and installation are part of a larger project I’m working on about the history of prostitution,” Goldwyn explained, noting that it’s a follow-up to her book and documentary about the burlesque world. Fittingly, the friends who came out to support her know a bit about drama and art: Dita Von Teese, Chloë Sevigny, Jenny Lewis, Shiva Rose, Cameron Silver, Jeffrey Deitch, Nora Zehetner and Gina Gershon.