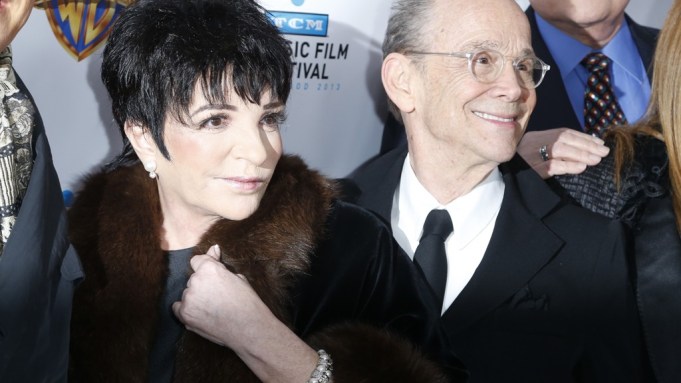 A standing ovation greeted Liza Minnelli as a single spotlight lit her entrance to the Ziegfeld Theatre on Thursday night for a 40th anniversary screening of her Oscar-winning performance in “Cabaret.” Walking slowly but regally, with her signature lopsided grin, Minnelli was joined onstage by her cast mates Joel Grey, Marisa Berenson and Michael York to reminisce about the musical, which will be released by Warner Bros. Home Entertainment on Blu-ray disk on Tuesday.

“It was so much fun and so weird and bizarre and very sensual,” recalled a spirited Minnelli, who refused to believe that four decades had passed since the movie premiered in 1972, in the very same theater. “It’s been four-and-a-half hours!” she insisted.

Berenson remembered Minnelli donning her own Ossie Clark clothes during filming, due to the limited wardrobe budget. Minnelli, who got tips on the proper Weimar-era style of the film from her father, the late director Vincente Minnelli, recounted nudging the costume designer into the proper decade. “The lady who was designing the clothes, everything had big shoulders, which is Forties. I kept saying to her, ‘Isn’t this the wrong era? Isn’t this after the war?’ She literally looked at me and said, ‘Vat var?’”