Juliette Binoche and Luke Evans were among guests who shuttled around town.

By Miles Socha and Barbara Barker on November 18, 2016
View Slideshow 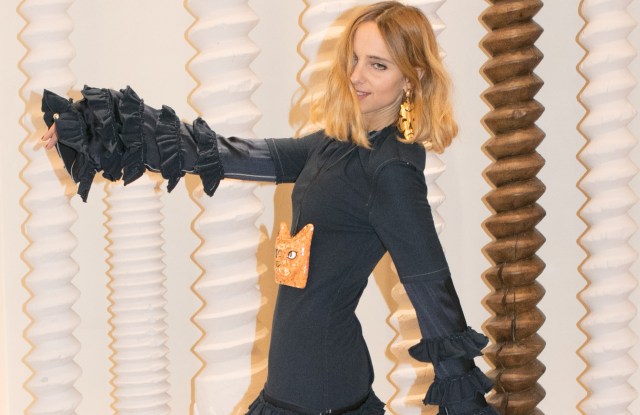 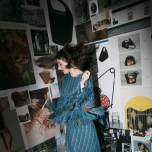 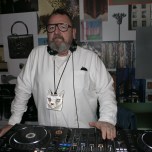 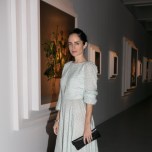 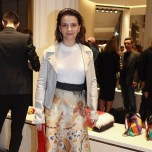 “It’s like an art gallery, but you feel at home here,” Sheila Loewe mused as she toured the largest Loewe store in the world in Madrid, appointed with sculptures, paintings and ceramics.

Loewe, whose father Enrique ran the company until the precursor to LVMH Moët Hennessy Louis Vuitton acquired it in 1996, is now director of the 26-year old Loewe Foundation, a big supporter of Spanish arts and culture, particularly poetry and dance.

Fashion has been something of a poor cousin in Spain, which is why guests were impressed by Loewe’s full court press around the boutique opening on the Calle de Serrano, accompanied by a new book, calendar, month-long exhibition — and a triptych of parties Thursday night, starting at the boutique, where Spanish designers in attendance included Carmen March, Angel Schlesser and Modesto Lomba.

Juliette Binoche was there, too.

“I just finished a French TV series called ‘10%’ (Dix Pour Cent) and am en route to Los Angeles to wrap up ‘Ghost in the Shell’ with Scarlett Johansson.” Next up, “a film directed by Claire Denis, who is a very respected film director in France.”

“I’m here because I have a soft spot for Loewe and tomorrow, I’m getting a prize from Women in Action which is a Spanish organization. It’s not an acting prize; it’s a woman’s prize,” she added.

Slowly, the crowd filtered down to the Real Jardín Botanico de Madrid, where a candle-lit path led them to a pavilion housing Steven Meisel photos of flowers, and a Loewe accessories display in a long room with photos plastered on the floor and walls.

Carolina Herrera Jr., who said she’s been the creative director of her mother’s brand’s perfume sector for 10 years now, eyed the Meisel works — a wink to the flower shop that is part of the Loewe store.

“I love Spanish fashion, especially Carmen March and Alvarno but, no question, they need a push from the outside,” Herrera said.

Models Mica Arganaraz and Paul Hameline clustered around the DJ booth as Michel Gaubert pumped out dance music from the Eighties and Nineties from behind his mirrored aviator frames.

Luke Evans just wrapped a slate of movies including “Professor Marston & the Wonder Women” opposite Rebecca Hall — and involving lots of tweed. “It’s set in the Twenties so it’s three-piece suits,” he grinned.

Loewe creative director Jonathan Anderson, as always in a basic navy crewneck sweater, busted out one with Loewe’s cattle-brand style logo on his stomach.

A young crowd followed him to the Cock bar for the after party to blow off more steam.