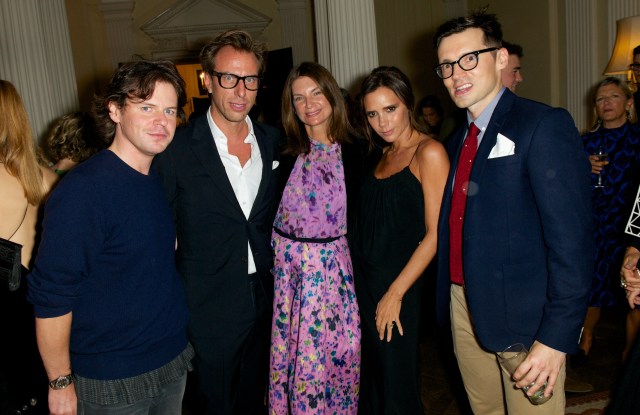 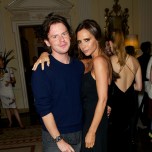 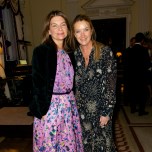 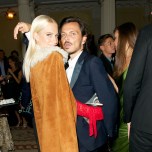 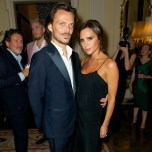 “And over there is Thomas Jefferson, who was the third U.S. president – but also the first secretary of state.” Thankfully, however, Barzun didn’t give a full history lesson to the Brit-heavy fashion crowd who gathered at his official residence, Winfield House, on Friday night.

Instead, his preamble was a long way of introducing John Kerry, the U.S. secretary of state, who’s in the U.K. to discuss the Syrian crisis with his British counterpart, foreign secretary Philip Hammond. Barzun told the crowd that Kerry gave him his first job at age 18, and thanked him for “tirelessly promoting peace” around the world.

Kerry did not stick around for long. “Where is he?” asked one guest. “I think I saw him outside surrounded by models,” responded designer Todd Lynn with a smile.

Later in the evening, Jillian Hervey and Lucas Goodman of Lion Babe performed in the midst of the crowd and under the serene gaze of Washington and Jefferson.

Luwolt was recently engaged in a different sort of diplomatic mission over the summer, traveling to Pakistan to source materials for his shoe label Malone Souliers, which he runs with Mary Alice Malone.

“We found some of the most amazing embroidery, embellishments and appliqués in Pakistan,” said Luwolt, flashing images on his phone. “That embroidery looks like it could belong to the royal family. And the food is great in Pakistan, too.”

The crowd was buzzing about who might replace Barzun, if a Republican candidate wins the presidential election next year. “Maybe we’ll all be here dancing with Donald Trump – God forbid,” said one guest.

Others had their minds on more immediate fashion matters. “We are so excited,” said Hill, who is to debut her new accessories line, Hill & Friends, on Sunday morning.