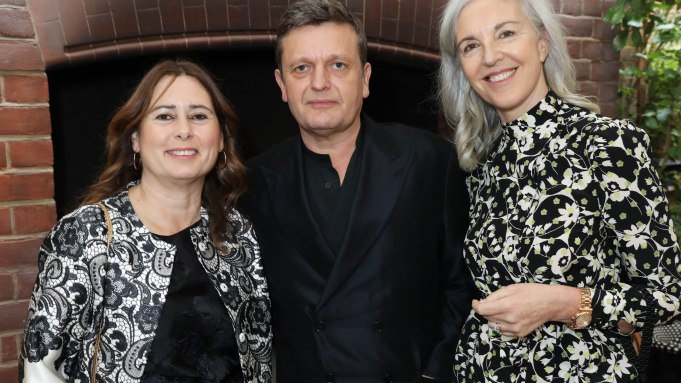 OUT OF OFFICE: Since Vogue editor in chief Alexandra Shulman revealed her resignation from the 100-year-old title in January, she has been hounded by the question of what will she do next. The answer: she’s hitting the road. First stop, Scotland.

“Literally, I leave the office [on my last day] and [am] getting on a train to Scotland for my friend’s birthday and then we’re planning a road trip in September. I thought, I’ve not been able to go away in September for years because of the shows. For me, the idea of not being around in September this year is exciting,” she said.

“I’m basically taking a three-month holiday. I reckon I’ve been in an office since I was 23, five days a week. So I’m just going to take summer, that’s all. That’s all because, actually, I really like working and I don’t want to spend a lot of time not doing that. You know, like July, August and September — fantastic.”

All that downtime will have the added benefit of allowing Shulman to consider the numerous offers of employment she’s received since news of her departure from the magazine broke.

She has plenty of reasons to be optimistic about her post-Vogue future but Shulman acknowledges that it will be a bittersweet adjustment. “The change is very exciting but I’m sure leaving will be a bit like grief, actually, and that I’ll suddenly get a whack of ‘missing,'” she told WWD. “I absolutely think that’s going to happen but overall I’m excited.”

Shulman was the toast of an intimate cocktail party at Andre Balazs’ Chiltern Firehouse hosted by Matchesfashion.com cofounders Ruth and Tom Chapman to celebrate her 25-year tenure at Vogue. So intimate, in fact, that David Beckham, who was propping up the bar in the adjoining room with two pals, was not on the guest list.

“I remember, it was about 15 years ago, I finally managed to convince Alex to have lunch with me,” recalled Tom Chapman. “We were at The Ledbury in Notting Hill, which happened to be just down the road from our shop which, coincidentally, was having a press day, and I managed to drag Alex along to the press day — after plying her with much wine, she reminded me tonight.”

“What we want is a narrow Conservative win, with a strong enough Labour vote to keep the government honest,” Sanderson summed up ahead of the news that voting had resulted in a hung parliament.

As for that road trip, Shulman is also heading Stateside. “I want to go to L.A. and then go into the desert and Santa Fe. I’ve never been to New Mexico so I want to see that.”