The jewelers, who have named themselves The Leopards, have partnered with The Prince’s Trust on a fundraising, mentorship scheme. 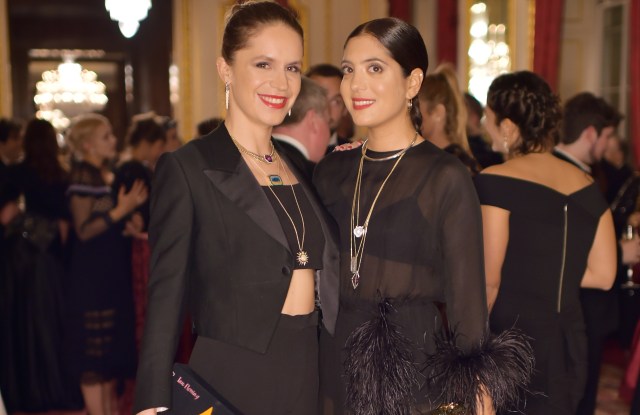 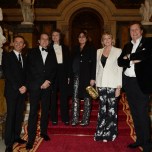 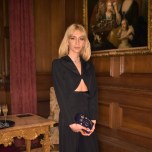 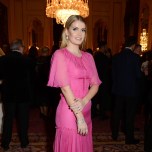 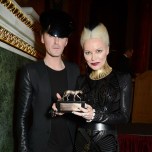 JEWELRY JAMBOREE: “Elton is sorry he can’t be here tonight, but he’s on tour in Canada, making money so he can buy more jewelry,” said David Furnish, as he picked up the Leopard Legend Award on behalf of his husband Sir Elton John.

Furnish also gave a shout-out to Theo Fennell, who’s been making John’s jewelry for decades. “I’ve been doing it for 36 years – since I was six,” said Fennell. “I was a child prodigy.”

The Leopards, a group that includes Fennell, Solange Azagury-Partridge, Susan Farmer, Shaun Leane, Carol Woolton and Stephen Webster, organized the event and a partnership with The Prince’s Trust to offer a mentorship program to young jewelers and craftspeople.

The Leopards take their name from the leopard hallmark that has been used to mark gold and silver pieces produced in London since 1363. The Goldsmiths’ Hall has been home to the British gold, silver and jewelry industry for more than 700 years.

The dinner and awards ceremony unfolded in the grand Livery Hall, where the electricity had been turned off for the night and where hundreds of candles flickered from the giant crystal chandeliers and hurricane lamps on the tables.

“I feel like Cinderella,” said Amanda Wakeley, who wore a Stephen Webster lace-like pendant and a sparkling ring that covered her finger like a glamorous piece of armor. She’d done a swap with Webster, dressing his wife Anastasia for the night in a strapless black gown in return for the jewels.

Other award winners included Daphne Guinness, for elevating jewelry in fashion; the Victoria and Albert Museum, for supporting jewelry in the arts; and the actress Vanessa Kirby, who plays Princess Margaret in the Netflix series “The Crown.”

“Jewelry helps us get inside the royals’ world, and is essential to creating the magic in the show,” said Kirby, adding that she has a whole box of jewels to choose from on set, although the Queen Elizabeth box has bigger pieces in it.

Winners of the mentorship program were Louis Browning, Katherine Anderson, Mollie Rose Hemming and Hannah Jackson. They will train in the workshops and studios of the Leopard jewelers, and their winning designs will be produced and sold by them.

Proceeds from sales will be donated to The Prince’s Trust, the charity founded by Prince Charles that helps disadvantaged young people get into jobs, education and training.