By Samantha Conti and Julia Neel on November 27, 2013
View Slideshow 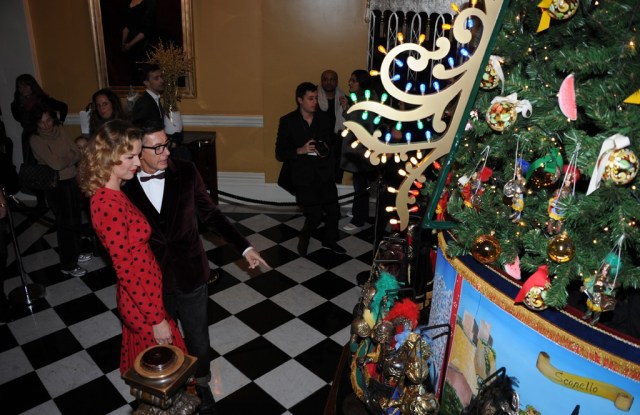 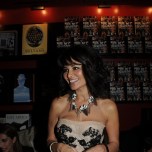 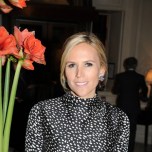 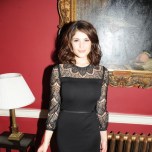 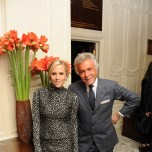 Claridge’s turned up the twinkle with two parties to mark the start of the festive season in London in an evening that culminated with a buzzy party in honor of Tory Burch.

Rena Kirdar Sindi kicked off the evening with a party to relaunch her 2002 book “Be My Guest: Theme Party Savoir-Faire” at the Assouline boutique at Claridge’s.

Sindi and Assouline made no changes to the original version, which features descriptions of her tango bar party for Oscar de la Renta, a jungle affair for Roberto Cavalli and Marjorie Gubelmann’s luau.

“Theme parties are timeless, and nothing about them has changed over the past 11 years. Nothing, including the fact that I’m still the most overdressed person in the room,” said Sindi Tuesday. A few yards away, in the lobby, Claridge’s celebrated the unveiling of its 23-foot Christmas tree, designed this year by Domenico Dolce and Stefano Gabbana. Guests included David Gandy, Pat McGrath, Joan Collins and Poppy Delevingne, who’s planning a Christmas trip to Barbados with her fiancé James Cook.

“I hope to be eating shepherd’s pie on the beach very soon,” she said.

Inspired by Sicily — what else? — the Italian designers festooned their tree with more than 450 glass ornaments, hand-blown by artisans from Lake Como and Verona, and painted with the iconography of a Sicilian garden: Sun, citrus groves, flowering almonds and prickly pears.

Standing guard at the base of the tree are 30 handcrafted Sicilian marionettes, modeled after the Holy Roman Emperor Charlemagne and medieval knights.

After, a lucky few rushed off to a big dinner party in honor of Burch, who was in London for a series of engagements, including the launch in January of her first fragrance at Harrods. The next day she planned to leave for Istanbul, where the brand has recently opened a store.

“I’m done with fashion, I’m done with the book, and I need to do something next,” said Giammetti, who has recently returned from a U.S. tour for his book, “Private: Giancarlo Giammetti,” (Assouline). “Somebody said maybe I should be an actor — but I don’t know what I’m going to do.”

Burch, who is opening stores at a rapid-fire pace, has no such problem: It was her first Thanksgiving she has spent away from home.

“When I don’t have the boys, I try to pack a lot of travel into a few days — but I do have the day off on Saturday. I’m going to Hagia Sophia,” she said. Christmas is a different matter. “I have my boys the whole time — we’re doing some skiing and sailing — surf and turf.”

The party was held at the English Speaking Union in Mayfair, and waiters passed trays packed with mojitos, Champagne, hamburgers, macaroni and cheese and brownies among the chatty crowd.

Saltzman had dimmed the lights down to seriously sexy lows — and guests loved slinking around in the shadows. “You don’t have to worry about how your makeup looks with lighting like this,” said McGrath. “But if she turns them up — I’m outta here!”