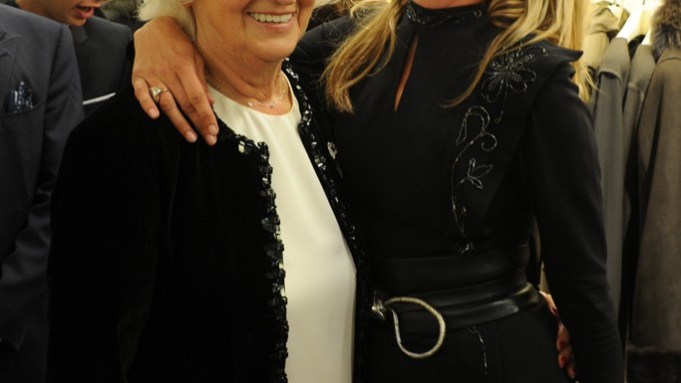 GREEN ACRES: After filming the Marvel comic movie “Guardians of the Galaxy” all Saturday, actress Zoe Saldana took the night off from the Disney production to attend the Longchamp party in London. “I play a character called Amora and she’s completely green,” Saldana said. “I spend four to five hours in makeup every day — actually I was green this morning!”

Guests also included Mick Jagger and L’Wren Scott, who took in a DJ set courtesy of Alexa Chung and Pixie Geldof. “We did a mix of R&B from the Nineties and music from the Sixties,” Geldof explained, still on a high from her buddy Henry Holland’s show. “Now I only go to see my friends at fashion week so I can say, ‘So this is what you’ve been doing for the last 1,000 months of not hanging out with me!” she laughed.