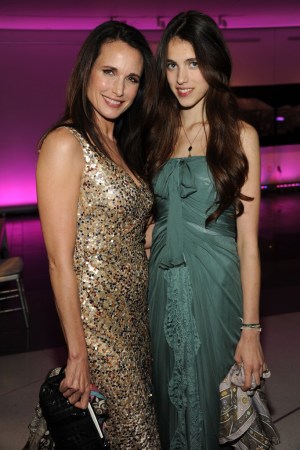 “The Good Wife” star Julianna Margulies glided up to a microphone at the American Museum of Natural History Wednesday evening and introduced herself — tongue in cheek — as “the most radiant, youthful face that L’Oréal has ever seen.”

That was the opening of the L’Oréal Paris Legends Gala, which the L’Oréal brand co-hosted with the Ovarian Cancer Research Fund to fight the disease which kills about 15,500 women in the U.S. each year. Margulies, who is also a L’Oréal spokesperson, told the crowd as a result of those sitting in the cavernous museum room, the life of a woman they never met may be saved. “It’s incredibly powerful,” she noted.

Karen Fondu, president of L’Oréal Paris at L’Oréal USA, answered the call. “It is a time of hope and tangible accomplishment,” she said, then disclosed that $2.3 million was raised for the organization. That sum brought the cumulative total of the Gala’s fund-raising to $19 million during the 14 years that L’Oréal has been a sponsor. “It’s amazing,” she said, “in such a challenging time, it’s pretty remarkable.”

In giving a special tribute to Joseph Campinell, retired president of L’Oréal USA’s Consumer Products Division, Carol Hamilton, now president of the Luxury Products Division, told how she and Campinell had lunch 14 years ago with Liz Tilberis, one of the driving forces behind the research fund. The late Harper’s Bazaar chief made such a compelling case that “we signed up before the main course was served,” recalled Hamilton, who praised Campinell’s enduring support of the cause. “His commitment was his love of women,” she explained.

The top honorees of the evening were Kelly Ripa, who received the OCRF Legends Award; Michael L. Gordon, founder and chief operating officer of Angelo, Gordon & Co., and one of the foundation’s benefactors, his wife Sally Gordon. They received the Liz Tilberis Humanitarian Award.

In addition to Margulies, other L’Oréal spokespeople in the crowd included Andie MacDowell, who came with her daughter Sarah Margaret, as well as Kerry Washington and Aimee Mullins.