Naomi Campbell, Liya Kebede, Doutzen Kroes and Lucky Blue Smith were among guests at the party held in Paris on Sunday night. 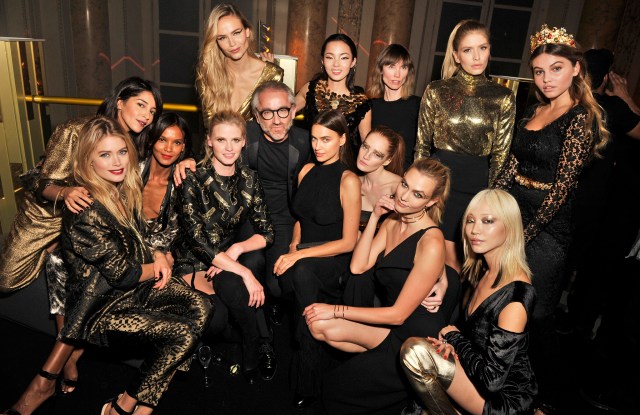 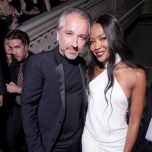 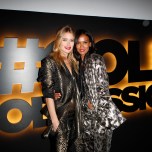 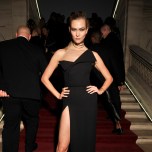 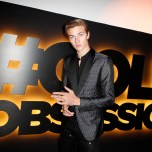 The fete, held in the imposing French Mint building on the Seine river, was in honor of the color gold (whose themed campaign was lensed by Mert Alas and Marcus Piggott), L’Oréal Paris’ ongoing Paris Fashion Week sponsorship and its first boutique in the French capital.

“This event tonight is a symbol of the trendiness of L’Oréal Paris, which is the number-one beauty brand in the world,” asserted Jean-Paul Agon, chairman and chief executive officer of L’Oréal. He noted that L’Oréal Paris’ color cosmetics’ fashion-related positioning made the tie-in with Paris Fashion Week a natural.

“When you do this partnership, you need to have one great event – and it’s tonight,” he continued.

The new boutique, called L’Oréal Makeup Designer/Paris, is the physical embodiment of the fashion link.

“The store was born from the analysis that today makeup is more and more the playful category women – especially millennials – really love to shop in a way that is very experimental, based on advice and tutorials,” said Cyril Chapuy, president of L’Oréal Paris. “The idea is to test a new kind of retail experience. Our own store pushes very far the concept of makeup designers. In this shop, you can find ready-to-wear – complete looks – and all the simulators like Makeup Genius and Nail Genius. There are tons of exclusive products.”

Revelers at the party were treated to a performance by rapper Mykki Blanco.

Smith is hitting the silver screen soon. “I have a movie coming out in a few months [called ‘Love Everlasting’] and just signed with CAA for acting,” he said, adding his band The Atomics also have an album coming out, possibly at the end of fall.

Kebede revealed she’s been busy acting, too. “I’m actually to start on a TV series. It’s on HBO, and we’re doing the pilot this month. It’s exciting,” she said.

French dance duo Laurent and Larry Bourgeois (aka “Les Twins”) worked on perfecting their English for an American movie due out in March, whose details otherwise remain hush-hush.

Kroes’ campaign to save the elephants, called Knot On My Planet, has so far raised awareness and almost $2 million. “We got the whole fashion industry to tie knots, because when people try not to forget something, they [do that],” she explained. “I’ve built up so many relationships during the years, and it felt so great to give back.”

Alongside modeling, studying at NYU and focusing on her YouTube channel, Kloss spends time on her girl-power drive. “Kode With Klossy is an education initiative to teach girls to learn how to code,” she said. “That is really near and dear to my heart. We taught 75 girls over two-week boot camps.”

Brandon Maxwell had dressed Kloss, Barbara Palvin and Naomi Campbell for the fete. He was also in Paris for sales appointments for his eponymous line. “I go to London on Wednesday, which I’m really, really excited about,” he said, explaining he’ll be opening in Harvey Nichols, marking a first location for the collection in the United Kingdom.