Will Ferrell, Bill Bell, Eva Chow, Willow Bay and Bob Iger were among the crowd at the museum’s annual gala. 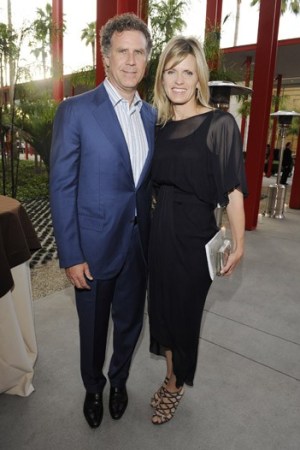 The annual fundraiser featured a silent auction to raise the money for the 83 Collectors Committee members in attendance to select new works for the museum by group vote.

“There are more creative artists here, right now, in L.A. than in any city, in any time in the history of the world. It’s true – filmmakers, photographers, painters, designers, sculptors,” said Michael Govan, LACMA chief executive officer. “The place is bubbling with creativity, and it’s a very young city, which is powerful.”

“If you go to New York, you have to go see the Met, and when you come to L.A. you have to see LACMA; we love Michael’s passion,” Ferrell said. “L.A. is place that everyone loves to bash, so it’s so cool that that’s being changed.”

Artistic purchases aside, the most popular item of the evening was a magnum of rare wine, which sparked a bidding war between multiple tables, Steve Tisch’s among them.

“Hey, you’re taking money from my kids at this point,” Tisch joked to the winning bidder, who ponied up $33,000 for the coveted libations. Other auction items, which raised $3 million to buy new works for the museum, included a weeklong yacht trip to the South Pacific, a skiing jaunt, a Monique Lhuillier gown and custom fragrance from Strange Invisible Perfumes.