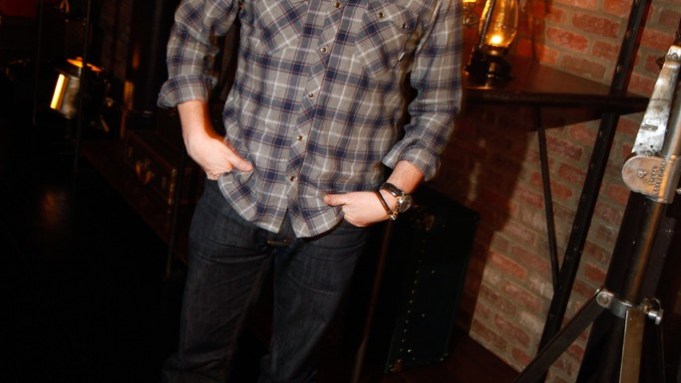 “I just got in from Patagonia this morning — 24 hours via Santiago,” Kim Jones explained on Thursday night. “We went down to Torres del Paine, which is a mountain range in the center of Chile to do our advertising. In the last two weeks I’ve been to Tokyo, Kyoto, Santiago, New York and London and Paris. So I guess it’s a lot of traveling.”

The Louis Vuitton men’s style director was standing near a long banquet table in the brand’s Travel Room, a recent annex to its SoHo store, and an appropriate-enough setting to take stock of his recent treks. The space, heavy on brick and monogrammed steamer trunks, had been made over for the night for a dinner in Jones’ honor, where guests included Terence Koh, Chloë Sevigny, and a large contingent of men’s editors.

“I saw a puma,” Jones said when asked for his Patagonian highlights. “It was 100 meters away from me. I was walking back from this bar and I was pleased with that because it’s something I always wanted to see.”

Despite the guest of honor’s South American journeys, the room felt more Hemingway-in-Africa. The tablescapes featured ostrich eggs and what appeared to be water buffalo horns, and there was a large mural of high grass plains at the back of the room. Sevigny, who got into the spirit of adventure before dinner by mixing her own martini, explained that she herself had just been to Thailand for Film on the Rocks, an art and film festival co-curated by Tilda Swinton.

“They brought everyone to this beautiful resort, called the Six Senses Yao Noi, and we were all there like a hundred tastemakers what have you, and we watched movies and saw art and went to the beach,” she laughed. “I don’t know if they were trying to bring culture to Thailand or if they were trying to [give] us this story of how great Thailand is. I’m not sure what we were doing there as a matter of fact….It was free.”