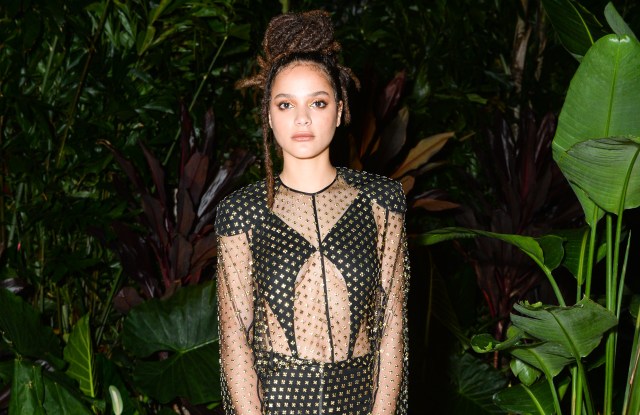 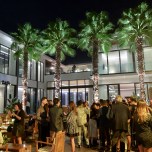 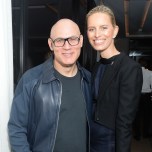 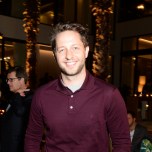 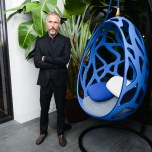 Figuring everyone could use a break from Art Basel’s slog, Louis Vuitton threw an old-fashioned house party for its Objets Nomades.

The drawn-out dinatoire’s location, a private bayside home on the beach versus its Miami Design District store on the mainland, was also a godsend for guests who had been battling gridlock all week. Sasha Lane, Laura Love, Karolina Kurkova, Sarah Arison, Jackie Soffer, Humberto Campana, Tokujin Yoshioka and Rodman Primack attended the low-key affair.

“The collection’s pieces are residential, so the context makes sense,” said cohost Craig Robins, whose builder buddy just happened to have a new, fully furnished property on the market for a cool $25.5 million.

The Louis Vuitton designs on display, and the house and all its contents (“very Tom Ford,” according to Kurkova) were available for purchase. Louis Vuitton’s chairman and chief executive officer Michael Burke said sales were the name of the game at the client-centric event and another dinner on Friday, perhaps channeling his inner Larry Gagosian — lest we forget what Basel is really all about.

“I came with that attitude because if you don’t sell something of great value in the end, then what?” he said.

No one understands that message more than a Miami realtor. As Beth Rudin DeWoody whipped out her phone to swipe through her collection of works by the Campana Brothers, whose ocean blue lamb skin Cocoon chair for Objets Nomades hung in the foyer, EWM’s Esther Percal grabbed her by the hand for a tour with an entourage including Scott Drevnig, director of Philip Johnson’s iconic Glass House.

“We can go upstairs?” said Rudin DeWoody, a naturally curious type who was even up for watching a flat screen demo in the master bedroom.

“We don’t mess around in Miami,” Percal said as the TV magically appeared from under the bed, only to have her audience peter out before reaching the rooftop deck.

Speaking from Robins’ smartphone, Jeffrey Deitch wondered if he should swing by. He didn’t, but rather divulged his thoughts on this year’s Basel.

“It’s slower because a lot of young people didn’t come because of Zika, and the fair had become too much of a scene for real collectors,” said Deitch, who knows that story all too well after putting the kibosh on his annual blowout when Miley Cyrus’ performance broke Basel. “Complete chaos broke out at the door, and 80 percent of the people we invited couldn’t get in. But we had a good run.”

He’s happy with his current side project for Basel, a collaborative exhibit with Gagosian in its second year.

“It’s much more rewarding and one of the best things I’ve put on in 40 years,” he said, sending images to clients who didn’t dare enter the fray. “Basel will return to a conventional fair, and they’ll come back next year because there’s nothing like it.”