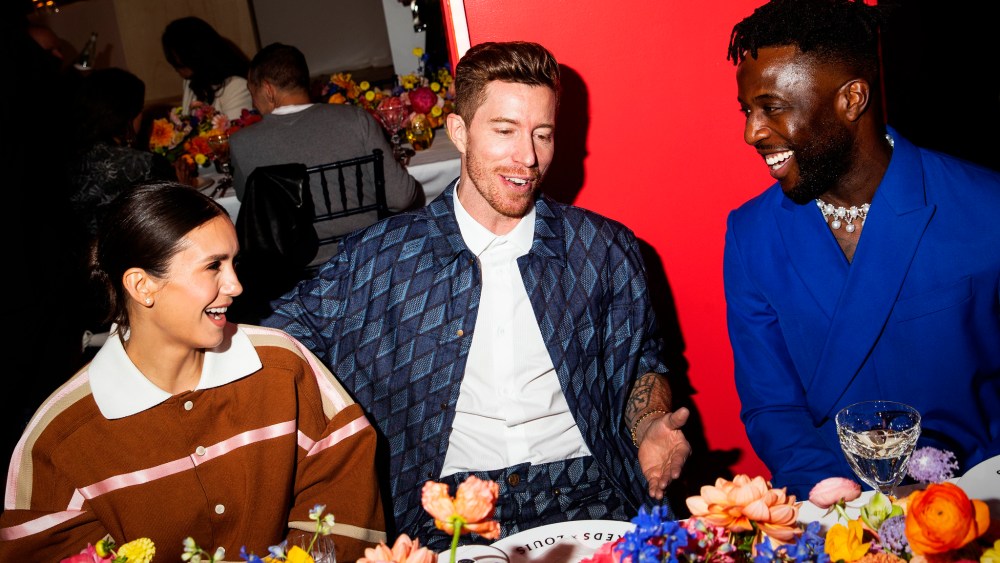 After a curated tour around the globe, with stops in Paris, Singapore and Los Angeles, the Louis Vuitton “200 Trunks, 200 Visionaries: The Exhibition” made its way to New York this week. Taking over the space formerly home to Barneys New York, the exhibition arrived with a splash on Thursday, with a VIP dinner held on the ninth floor in a revival of famed Barneys’ restaurant Freds and a massive party (where seemingly all of New York was present), with a performance by Future and Lil Uzi Vert.

But before the night turned into a concert, celebrities, artists and editors made their way through the multifloor exhibition during a private preview hour, before arriving for dinner at Freds x Louis, a familiar space for many of the fashion crowd.

A leather-clad Justin Theroux took advantage of the quiet in the exhibition and was scanning the QR codes on the trunks with enthusiasm (we love a celeb who engages with the case!). Once upstairs he hugged it out with Victor Cruz, who’d been an early dinner arrival.

Other VIP dinner guests included Karlie Kloss, Danai Gurira, Aurora James, Jacqueline Jablonski, Athena Calderone and Nigel Sylvester. Many of the artists who’d contributed trunks for the exhibition were also in attendance for the meal, which included an artichoke and fig salad and steak frites.

As the dinner wrapped up and a berry dessert was doled out by the dozens of 6-foot-tall male model waiters, some guests snagged a few buds from the floral centerpieces and started to make their way down to the party. Smoke (we’ll let you guess what kind) wafted up from the escalator and once down on the eighth floor, the vibe shifted hard. Future and Lil Uzi Vert were onstage in a haze of red stage lights and, yes, more smoke, and the room was wall-to-wall with people.

As Future rapped to the crowd about percocets and molly, waiters offered grilled cheeses and tuna tartare bites, cigarettes were lit and any semblance of the former department store felt very far away.