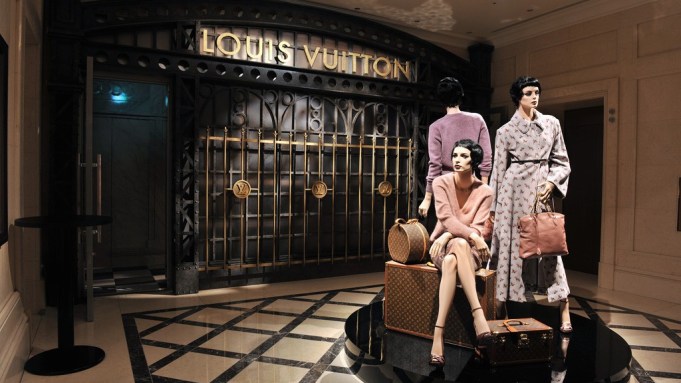 TOKYO — Louis Vuitton hosted a party in Tokyo Thursday night to fete its “Timeless Muses” exhibition honoring a handful of inspiring women, but Fiona Apple probably made the biggest impression of the evening.

Apple grew frustrated with the ongoing chatter in the venue, a hall at Tokyo Station Hotel, where the exhibition makes its home. Partway through her short set, she climbed on top of her grand piano and asked the audience to be quiet so that she could perform. She then challenged everyone to be silent for the duration of a tone she created by striking a small metal bell. The performer grew even more angry when the noise in the venue continued.

Apple instructed the audience to “shut the f–k up” and uttered other expletives, both audibly and under her breath, calling the event’s attendees “rude.” She continued with her set before shouting, “Predictable! Predictable fashion, what the f–k?” as she stormed off the stage. The show was punctuated with other bizarre moments, such as when she hit her head with her microphone, did a back bend over her piano bench and stared intensely at her guitarist as if in a love-struck trance.

A Louis Vuitton spokesman declined to comment on the performance.

The high-tech exhibition will open to the public on Saturday for three weeks. Visitors are given LV-monogrammed and Damier-print masks, which, when held up to the eyes, reveal video content on otherwise seemingly blank white screens. Personal items from each muse are on display, such as Deneuve’s own leather jewelry box, Sagan’s handwritten notes on her books and two Marc Quinn sculptures inspired by Moss.

“Very often we’ve let the props be the protagonists, but it should be the other way around. The protagonists are the women who are discovering, taking risks. So we wanted to get back to that.…It’s about the women, not planes, trains and automobiles.” said Michael Burke, Louis Vuitton’s chairman and chief executive officer, explaining that the event preemptively celebrates the reopening of the brand’s revamped flagship in Matsuya department store. The expanded and refurbished store opens in three weeks.